New day same thing, we got people in the streets
But the governmeny ain't doin' a damn thing, and all we investing in is
Hydro and liquor stores SS 4 doors and 24's
But where I'm from thats what we live for, the ghetto so

[Hook 1:]
If you're livin in the ghetto and your feelin me
Let me hear you say OH,OH,OH
If you're sick and tired of the same thing
It's alright to say OH,OH,OH
Cuz you know the Po Po's the project and the old folk
That waht we see 24 in the ghetto, corner spots crack rocks and gun shots
Good time the bad times the same place with the sam rhymes
You need to stop waitin' round for the punch line
Cuz ain't nothin change but the time
Ain't nothing changed same place same thang, just a different day in the ghetto
I know cuz I been there on the same block in the same gear
Drinkin', smokin', wishin', hopin,

[Hook 2:]
And if you're gettin sick and tired of the same thing It's alright to say OH,OH,OH
If you're livin' in the ghetto and you're feelin me
Let me hear you say OH,OH,OH
Now what you know about the block after dark in the park
The holes in ya shoes makin holes in ya socks
Roaches in the kitchen wit no food for ya pots
Or ya hands on ya head gettin pressed by the cops
What you know about the hood when it's good when it ain't
Sittin in the stoop witcha weed and ya drank
With the old winos askin if you got change
But if you ask me ain't shit changed
I done seen plenty of cats get they ass knocked out
If you come round here better not run your mouth
I ain't never been a thug but I still get down
Shots to SE to uptoen
What you know about rent when it can't get paid
Ya can't get a coupe so you get a Chevrolet
And ya momma on her knees all she can do is pray
But where I'm from this is life same shit different day 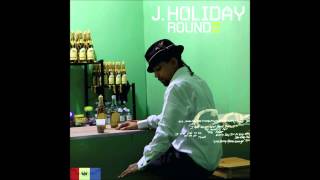