[Funk Flex:]
I feel like we should just you know keep the world in suspense no longer and you know just put J. Cole on the spot
Yea, anyway can turn me up?
Yea, yea, yea
Hey, yea, there's no way to turn me up?
If not it's all good
Yea, hey hey hey
I bet they never seen him coming, like a blind bitch you f*cking from behind
It's the mother f*cking dime, bitch I'm f*cking up rewind buttons
My shit is jumping like the prom
Fayettenam on my back like some scratches from your lady
On your mattress where they gave me that
I bet niggas can't wait to pay me back
While they relax, I stay in tip top shape
And I stay up on my toes like some gym socks
Flip, flops
Tell them hater to rehab, kick rocks
Game tight like Ziploc
Hlaf black other half white like Kid Rock
Try to tell it to a Cizz-op
Thought it would work, it did not
He told me "Nigga stizz-op
You know you is not", wrote the ticket and rizz-ocked
f*ck, this is for hip hop gassed up like a quick stop
They light a fire under my ass nigga my shit hot,
Even if you squatted under volcanoes niggas your shit not
I'm raw but I kid not
Your shit flop, I give props to the legends Praise God but I give not to the Reveren's
Looking up to the heavens like,
"Where did all my blessings go? "
You chasing dreams but then you stop, guess you'll never know
I got a show for you to watch heres an episode
Professional, set to blow any minute now
Many women smile, look the lights and the action
And the cameras be calling
You niggas got to log in, bitch you fantasy balling
I snuck up like I planned to be
This ain't randomly recorded
Like once they get a hit of this, they hooked like that twitter shit
Thought I get a deal then head straight to the dealership
But looking at my deal
I probably can't afford benifitis
Medical, dental shit
Left but I always came back like a rent a whip
Dirty ass game, dog I can run a kennel with
All these bitch niggas who don't lift a finger yet they wanna ride in the limo with
Me I switch the tempo on them sort of like Timbo on em'
Start talking that "we" shit, I pause Nintendo on them
Start talking that beef shit, I turn the Kimbo on em'
I got no words for these niggas I'm instrumental on em'
Yea! And I'll still keep going, keep flowing 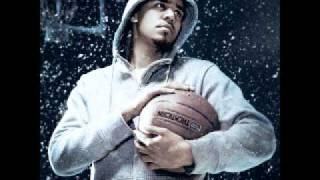