[Verse 1]
Yeah, god flow
Paint a picture like a young Pablo, Picasso
Niggas say I live fast, die young, so I drive slow
And pray I die old
In the drop with the top low
Met a bad bitch from Chicago, my hat wasn't cocked, yo
Kept it straight, shit, cause y'all know
And if not, you'll learn how them niggas in the Chi go
I ain't f*ck her but I'm thinkin' 'bout it
My niggas say why you gotta think about it?
The bitch want too much, hit my phone too much
If I gotta be frank about it, ain't worth the stress
First the text, then the draws, see first the sex
Then it's calls cause the bird's obsessed
Want flowers, cards, and the purses next
Nah, bitch can't get a dollar
Cole on twitter, bitch can't get a follow
Can get a nut, heard Can't Get Enough
Now she f*ck a nigga thinkin' that she may hit the lotto
No way Jose, could write a book called "The Things Hoes Say"
Show a lot of love to my sisters though
But these bitches so predictable I'm in trouble
Gettin' to the promised land
You don't want problems, I promise man
I take you to the promise land, I promise you don't want problems man

[Verse 2]
And I'm going back to school
Only for the hoes and a class or two
Young bad bitch made the pastor drool
Everybody sweat her like Catholic school
Sat next to her in the back of the class
Cheat off of her and I'm grabbin her ass
She like "Don't you know this shit already?
Nigga ain't you rich already?"
Yeah, but I got dumb as shit
Hangin' 'round these rappers cause they dumb as shit
But I'm back on track, jumpshot wasn't that good
Couldn't sell crack but I rap good
That's one stereotype
Know a lot of niggas that'll marry your type
Bad bitch with a degree, I let 'em scoop ya
I'm Koopa, I never been the Mario type, no saving hoes
I ain't fooled cause a lot of cool bitches
That a nigga went to school with is major hoes
And they mans don't know, mans don't know, fa show
Had a baby, little mans don't know
Momma was a freak, got it in on the low
12 years later when my song come on, he ask
"Momma did you f*ck J. Cole?"
Whoa 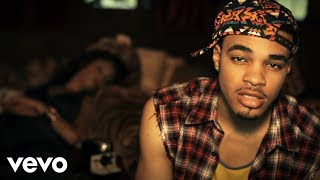