[Verse 1:]
Gettin higher than the soul of little Shaniya,
To the ones that killed her, hope you burn in fire.
I'm burnin tires on the strip, tryna get a grip,
Liquor in the cupholder, tryna get a sip.
6 shots of Hennessey, I'm still goin strong.
Please numb me from the bullshit that's goin on.
That girl was 5 years old that they just murdered,
And did some wicked shit to her that was unheard of,
You f*ckin coward.
Ain't gotta tell em' go to Hell,
Cause that's the shit that make them other niggas sick in Jail;
So you gon' feel it.
Travel the world reppin this city, know I'm gon kill it,
But yet a nigga ain't got a clue... how I'm gon deal with
All the bullshit. Niggas sendin shots my way.
You put a hit out on me, think that I'm gon stop? No way.
Gon have to kill me, or witness a nigga livin so filthy
Young, Black, and Wealthy, nigga for that I'm guilty.
Still see all the fake shit.
It's funny somehow thought the money could erase it.
No matter how much dough you got you gotta face it,
And to my niggas gone hope you in a better place,
If I make it I'll holla...

[Verse 2: J. Cole]
Yeah I got a chip on my shoulder the size of a golden nugget
The industry overlook me for that I be holding grudges
Wouldn't take a chance on me
Suddenly it's, oh you love it
Let's get a cole feature that's gon put you over budget
Picture being broke with no pot to piss in
And then suddenly your idols is your competition
Used to be God to me, slowly losing my religion
As these notes from my composition turn the compositions thin
Put it out and hope the World sing
We sippin' liquor for the pain that the World bring
We had dreams just to make it up the flag pole
Just to find out that out heroes were some ass holes
Y'all don't hear me, maybe you had the World figured out wrong
When these niggas go from singing our songs to waiting on you
Bout a year later the same ones be hatin' on you
Every other record these rappers be faking on you
We singing songs but we know that ain't true
We know you gotta make the people pay you
Cause either you play the game or watch the game play you
And be that broke motherf*cker talkin bout "I stay true" 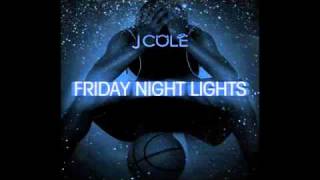 check amazon for See World mp3 download
these lyrics are submitted by BURKUL
browse other artists under J:J2J3J4J5J6J7J8