Home For The Holidays Lyrics

Home For The Holidays Lyrics


Hey, this is the story of a young'n dreamin
left his city to see if he could be what he dreamin'
big city on his own sh-t
but every now and then a n-gga get home sick
pick up the phone, holla at my partner he telling me, be warned
a lot of sh-t done changed in the time that you've been gone
the streets got meaner, the hoes got growner
and went and got babies the day they got they diplomas
damn, gon' be some n-ggas missing when you fly back
if you black, they sending you to jail or to Iraq
old buddy that we hoop with, with a bad chick and a fly lac
and a gold chain, caught him on a merc, tryna buy crack
damn homie, sh-t, in high school you was the man homie
the f-ck happened to you?
used to beat n-ggas down at the buses after school
now you looking like a muthaf-cking fool

[J. Cole - Verse 2]
Hey, this is a story bout some puppy love
but at the time boy, I was feeling like this must be love
although now I'm on my grown sh-t
she bad as hell, a n-gga still get home sick
I was fresh up off a scholarship
dressed like a black man in college sh-t
got a little knowledge now I'm following the politics
but I still gotta holla at my old chick so sweet, so thick, girl pick up your phone, it's me
she said "What, we ain't homies no more?
You go to college now you act like you don't know me no more?"
Girl, please, we got history, semester seem so long
the last time I seen ya baby you ain't have no clothes on
so if history repeats itself
when I get home, girl it's on, you ain't gon' need ya belt
or your pants or your drawers, then we hit the rewind
just don't give it up in the meantime

[J. Cole - Verse 3]
Man, I reminisce on them school days
I know you know them act a fool days
that missed the bus then hit the blunt and go to school blazed
trying to get laid so I gotta stay fly
but a n-gga hella shy (Chi) you woulda thought that's where the Bulls play
was just a freshman coulda used a little Kool-aid
crushing on the upper classmen but it was too late
buddy she was dating yeah, he had the freshest shoes
but the n-gga graduated and he never made two A's
hey if you're listening, we got in school
but who gon' pay our tuition man?
these n-ggas crazy
one year cost bout the same as a Mercedes (benz)
four years cost wife, crib, and a baby
Ay maybe this ain't for me
only if I could be Lebron and go straight to league
the worst part of growing up man, shit just ain't for free
but maybe I could be somebody people pay to see
Ay maybe I should move up out here to the place to be
to get from A to Z, Ay would you think I'm crazy,
if I told you one day that I'ma sign with Jay-Z?
and will I make it man, I guess we gotta wait and see
[Chorus] 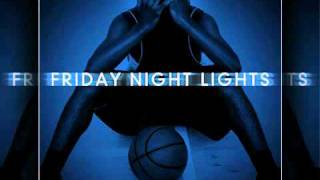