[verse 1]
Imma rap about how good I am at rapping cuz they told me to
Rap about how bullets make the metaphors real potent
Imma tell you how the bullets make the body into window
Shoot the breeze and shoot the fade and never keep the screens too open
If you ponder it, the trap is just a startup, just some product
And you catching cats or marta, even septa with the starter coat
Cold world but Imma show every single artichokes, the green is reason, and the rhyming and the resolve
When we solve a problem, it's reaching to the root
And I'm undone, unraveling everything I took as truth
I took for granted living on the east with the hitters
All that hustle in the heartbeat, all that grinding through the grimace
If I could go back, I'd pen a love letter to idlewild
To rama road and harris and the wendy's on independence
Where it was knocking if you bucking in the trenches til it's finished
Where I saw that the beauty ain't real without the grit up in it

[Chorus]
What you know about the east?
All I know is what I've seen
It ain't nothing like the coast
If you know it how I know, you'll see the forest through the trees [verse 2]
See I ain't east east
Just a Presby baby from the west
Went to middle school up north
And went southside for all the rest
You pressing luck and testing my patience asking if I'm from the fo'
If you ever had a question, now you got it from the go
Before the locs before the fro, it was lo on my chest
Spending summer on the pavement marched and played clarinet
See I balled for a minute, but I never got finished
Ambition had my mama driven she had to hit that reset
One semester deep, I started loving being Black
Then we moved again I chucked the deuce and that was that
But 07 was a year that I'll never forget
Bumping Da Drought everyday in ISS
They gon say that I ain't from there, and yes I guess that's true
But I know the eastside like Ella knows the blues
It's a part of me now, just like it hardened me then
They say you can't know where you're going if you don't know where you been so

[Outro]
What you know about the east
I don't know thing
I was there for 5 months 2 weeks and 3 days, all I know is what I've seen 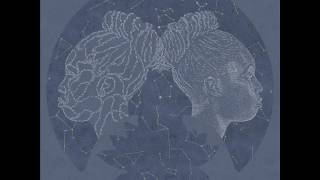