Give me a second, matter of fact, give me a first
I'm the first born, first in flight, reppin' that since my birth
It's simple, I'ma empty a clip, watch you Harlem shake and shift 'til you telling tales from the crypt
My repertoire is Smithsonian meets the gutter
MoMA asking if my audio has been discovered
Never the type to smack a hoe, I'm liable to write the Poe, Plath, Pollack or Whitman
I told you I'm the shit, damn
For my Queen City homeys trappin' for tuition
Or out in Conshohocken just begging for recognition
Murder capital, we cappin' for keys
Keystone state of mind, we trappin' like it's Apple, b
I'm hailing from the Land of the Sky
Where a dream is just a dream if you ain't got the drive
So I'm in 4Runner headed down 95
With this song thumpin' loud and my third eye wide

It's Liberal Arts, born to be more than major
Flying high, jedi knights with pens as light sabers
Sabertooth in the booth, hotter than sub-Saharan
These rap dudes don't pay dues, ain't no need to compare 'em
Say they hot as hell, they're purgatory or limbo
Niggas keep ducking, I'm throwing hands like Kimbo
Trippin' on Orion, call it Apollo 1-3
Tag teaming constellations flow so mercury
I'm Hercules with dreams of being where I belong
Studio be Mt. Olympus when I'm playing my songs
I stubbed my toe on a cumulus cloud, ain't that some shit?
That's what happens when your crew proves Cloud 11 exists
The Land of the sky is where I reside, so step
Dreams and drive, young imhotep
I'm skyscraping, got a hundred stories to tell
Skyscraping, below the heavens ain't gotta be hell 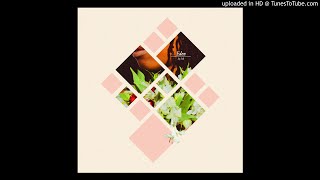