Two Cheers Instead Of Three Lyrics

Two Cheers Instead Of Three Lyrics


[Verse:]
It's smart to be thrifty when times are so bad
Let's be patriotic, but let's not go mad
We must cheer the colors we prize
So here's what I strongly advise

[Refrain:]
We'll just have two cheers instead of three
For the land of the brave and the free

Instead of three cheers, we'll just have two
For the red and the white and the blue

[Patter:]
Why give them three cheers when two will more than do?
If there must be cheers then let there just be two
And the speeches that you make to Uncle Sam
Cut 'em down to "Unaccustomed as I am..."
Explain lyrics
Correct lyrics 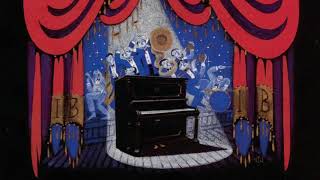 check amazon for Two Cheers Instead Of Three mp3 download
browse other artists under I:I2I3