(spoken into)
[Bruce] 'What the f*ck is that?'
[Nerd] 'Hi, guys, are you in a band or something? I mean it
would be so cool if you were in a band 'cos you're Driving a
big bus with band on the front of it'
[Bruce] 'Why don't you shut up and get on board will ya?'
[Nerd] 'Wow! I have it here you got a stereo and a microwave
And, and you got a beer, I'd like a Heineken if you've got
one' that's real cool, that's great, yeah!'
[Bruce] 'Would you like to see Black Bart?'
[Nerd] 'Who's Black Bart?'
[Bruce] 'Let me introduce you'

Black Bart's livin' across the ocean now
Black Bart's lookin' to come back somehow
So if you are a dancer,
You could dance his pole in May
That's a maypole

Black Bart's coming
Now Black Bart's gone
Black Bart did it so I wrote this song
Whatever and however,
In and out or several at a time mmm yes!
We all got to do the Black Bart blues
Here comes the guitar solo 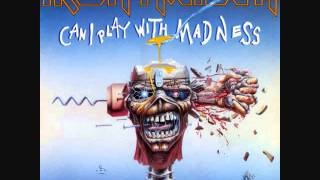