Well hello Mr. Soul, I dropped by to pick up a reason
For the thought that I caught that my head in the event
of the season
Why in crowds just a trace of my face could seem so
pleasin'
I'll cop out to the change, but a stranger is putting the
tease on

I was down on a frown when the messenger brought me a
letter
I was raised by the praise of a fan who said I upset her
But any girl in the world could have easily known me better
She said, You're strange, but don't change, and I let her

So in a while will the smile on my face turn to plaster
Stick around while the clown who is sick does a trick of
disaster
For the race of my head and my face is moving much faster
Is it strange I should change, I don't know, why don't
you ask her

Is it strange I should change, I don't know 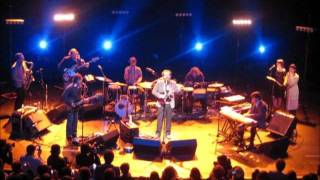