Scorn Haven
Ion Dissonance
Kneel Shut Up I'm Trying To Worry You're Not Carving Deep Enough The Girl Next Door Is Always Screaming The Death Of One Man Is A Tragedy, The Death Of 10,000 Is A Statistic The Bud Dwyer Effect Substantial Guilt Vs. The Irony Of Enjoying Oceanic Motion Failure In The Process Of Identifying A Dream Binary, Part Ii
Official page Ion Dissonance wiki Scorn Haven video Ion Dissonance twitter


...And I woke up in a blur and was tied up, hurt,
Adrenaline scorching inside, as it raced through my
veins.
I was coughing up blood, I must've looked like shit...
And the worst part was that I had no recollection
whatsoever of what, or who brought me here?
And why?
but before I could make any senses of this situation,
I heard it all loudly and clearly;
"I resent your vile existence!
I truly despise what I've designed and you're a major
factor in that little kid.
I saw an elder man, or the reflection of my future
self.
That's when it all came back to me;
The bar, the magnum, the shots of J.D...
Perdition's rhetorical theory:
I'm sorry nobody loves you,
But just think about how miserable I have become
And that's all your fault.
I haven't smiled once since the day you were born...

[ref:JTHM]
"I give into ever day's decline, unscathed, that was
just freewill!
I know something's inherently wrong in this,
But nonetheless, you should've treated it as a gift"
said the voice.
"You're name is of no importance to me anymore.
This is how I perceive you and your kin; blood,
tissues, tubes and fat. A most simplistic schematic, grotesquely heightened by
desires and wires.
Like butter scraped over too much bread, your lifeline
is growing thinner,

[ref: LOTR]
Worship my pores, my sweat...
Palpable like my overgrowing distaste for mankind"
And the voice sighed audibly.
As if it was scanning inward to expel the last shards
of pity from its heart.
Or maybe it was only trying to convince itself still,
But just lacking in better words to use,
And now bending over the twilight blinding my swollen
eyes.
I thought I saw God.
"You strayed away from the path, now,
Gott ist Tot and be the hammer my witness.
"I shall uproot the herd as I often did before!"
Said he, the elder.

[ref:Nietzche]
During his lecture, I abruptly spring free from my
shackles and with fear as weapon,
Strangled all life out of the elder man.
The poignant scenario of a dying breed and its
dilemmas.
The seed overcoming its fate, and overpowering its
sovereign.
"f*ck the scriptures; I'm questioning the question,
Through Murder; it took me five second to climb Babel's
Tower" 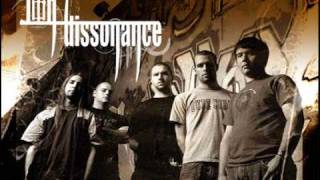