It's Not A Game Lyrics

Total views: 0 times this weekAlbum: The Resident Patient / Original Release Date: 2006-07-25Genre: Hip Hop/RapSong Duration: 3 min 30 sec
Inspectah Deck - It's Not A Game
Crazy All I Want Is Mine The Grand Prix This Is It Harbor Masters That Shit He's A Rebel 9th Chamber Play IV Keeps Mr. Sandman
Inspectah Deck wiki It's Not A Game video Inspectah Deck twitter

It's Not A Game Lyrics

[Donnie Cash:]
Yo, they never catch Cash flippin' or catch Cash diggin'
In his stash, for his last, while these fag hags listen
I, cash that cooking, I fast like, put it in the bag
Flip the crack til that fag ass listen, if
Cash need cash fast, listen, it's so bad
It's no mag, when I let the mack blast hit him
Then I'mma make a black bag fit him
And casket every cat I catch with it, like I bag fast with 'em
And you can feel a back draft with him
I empty the clip, but don't trip, but you can catch tags with him
I'm glad that they mad, cats flipped them
The black make that ass dash with 'em, or that ass grasp for them
I pass like, gas in a Jag', flap drippin'
And with stash in the dash, leave his fag ass limpin'
Stagged cause he bagged that shitting
I'd rather have the last laugh rather then ever to laugh with him

[Chorus x2: Suga Bang Bang]
You think it's a game, until I'm back again
I said we hittin' you up, and now you lay it down
Say, it's not a game, when I come around
Niggaz in them black trucks, rolling with the mack tucked

[P.C.:]
I go harder when the pressure's on, think of the mess I cause
Will go from beefing and arguing til a weapon's drawn
I'mma be the one who set it off, you who I'mma set it on
Drippin' on that thang with a steady arm
I'm never scared, stay very calm, move
And I shoot through the roof, of your coupe til ya head is gone
You know I always got that magnum I with
I'll have you 'one-two steppin' like Ciara and Missy
I blackout off a stack of that stiffy
And spit line after line after line, ain't no baggin' when with me
I'm bout by business, big chips, warn these niggaz
Or I'mma have to wreck something like a car collision

[Inspectah Deck:]
I kick the raw shit, get chips from grippin' the cordless
My broads flip, wicked like Halle in Swordfish
With long fifths, long dicks smacking the back side
Willie Dynamite style, mashing the black five
Attract fly dimes, do I, come and see me like
I got something two-for-five, dude is live
Dick rider move aside, do or die
C.S.I. on the scene when them rugers fly
Pusher-pusher man stay with the work, still playing the dirt
With two guns up, spraying the verse
Been flames since the day of my birth
Still flame til I lay in the earth, on my way in the hearse
I'mma a modern day Langston Hughes, my slang rules
In the land, where the vets get banged and bruised
Bottom line I'mma say and'a do, throw the dice off the wall
Get right, snatch the bank and move
My time now, I paid my dues, I represent
My environment, House Gang, waive ya tools
My time now, I paid my dues, I reprsent
My environment, House Gang, waive ya tools 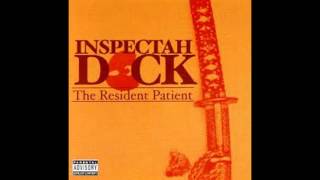 check amazon for It's Not A Game mp3 download
these lyrics are submitted by kaan
browse other artists under I:I2I3
Songwriter(s): COREY PENN
Record Label(s): 2006 Traffic Entertainment Group
Official lyrics by

Rate It's Not A Game by Inspectah Deck (current rating: N/A)
12345678910
Meaning to "It's Not A Game" song lyrics no entries yet
Watch Video Comment Enlarge font Correct lyrics Print lyrics