Crawling across the polar ice, looking for its prey
The smell of flesh in the air, death is on its way
Saliva dripping from its teeth, the hunger's growing old
The beast finds his first victim, and feels the wrath that it holds
The flesh now begins to tear, the end is very near
Blood splattering and bones breaking, is the last thing you'll hear
Ferocious beast uses his fangs to satisfy his frenzy
There is no being that could survive its rage this rage and intensity
The urge to kill starts the freight
Sabretooth in the night
All he sees is flesh and meat
All you see is death and defeat Blood spilling on the ice
You have paid the final price
Time to face to horrid truth
You were killed
By the SABRETOOTH
The beast has now done his bidding, feels that all is well
It enters back into hiding, a very vision of hell
It enters back into its slumber, not knowing what its done
All it knows is that the sabretooth has just begun!
Chorus
Slash Claw Thrash
It has awoken from its sleep, fueled by pain and anger
Any being who comes its way, enters grave danger
You hear the claws on the ice, coming after you
You know that you'll die, by the sabretooth!
Explain lyrics
Correct lyrics 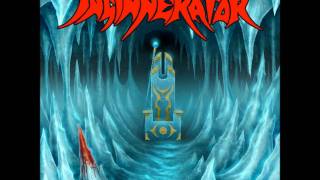 check amazon for Sabretooth mp3 download
these lyrics are submitted by itunes3
browse other artists under I:I2I3
Record Label(s): 2011 Insinnerator
Official lyrics by