Call me an outcasted member of society
Or whatever, but f**k MTV. It's how I feel
f**k they panels and they whole comittee
I'm bringin' gats and ammo to Manhattan city
And f**k you ready-made radio DJs
Who have no control anyways
You's a puppet. f**k it. You's a f**k puppet, a fuppet
So spin that playlist, eat a dick, and suck it
You know what? f**k a Chino XL
Even with this return diss, your shit won't sell
It ain't what you say; it's the fact you wack
Keep dreamin' to be where we at with these plaques
What happens? These faggots with no real accomplishments
Forget that we [?] with these chips
They on the front lawn, but we underground kings
So f**k what your American Idol sings

You know what, f**k the world. I don't care about war
f**k everybody on the dance floor
And I hate Rolling Stone. f**k you and your own
I hope you and Spin both f**k each other off, gone
And f**k publicists, 'cause they scared of this shit
And all y'all labels be sucking our dick
Because you can't even handle our very own genius
And half y'all interns be suckin' our penis
Truth is, we the shit whip diggity bomb
And will be until economy gone
Truth is, sometimes I hate that we famous
I always got hound dogs up in my anus
We up in these titty bars, mother f**kers starin' at us
Is it that we glarin' enormously?
Before me is a hound dog bitch
That's about to get his bitch ass kicked, truthfully

Truth is, we never needed anybody
And the truth is, we never been afraid to get bloody
And we ain't never been afraid to come out the house
With law suits and all straight blow out your mouths
And f**k all you gold-diggin' hooker-ass hoes
I'm a minute man because you ain't worth two blows
You's a penguin. You need to get stabbed with an icicle
Evidence melts, and I'm nice to go
f**k MTV television. My vision is this:
Pistol grips all in your shit. Think I'm playin'?
I dream about Molotovs up through your glass
And right up your [?] bitch faggot ass
We the killer bad guys with them burnt up bridges
And still, ever year, see another seven digits
And we don't need no god damn mother f**kin' anybody
Wicked Clowns stay nutty. Why?

What you see in the Hollywood movie is a lie! This is the truth, and when you come to church, you should expect to hear the truth about every subject, and tonight, you're going to hear the truth about the sodomites. That this is the truth about the sodomites. Like, “Oh, we need to pray for him that he finds Jesus.” I'm gonna pray that he dies and goes to Hell. I have no love, no love! You say, “Well, I'm offended, I don't wanna ever-” Then get outta here! Because, you know what? You're not welcome here. Lose people? I hope I lose people with this kind of preaching. I hope I lose all the freak pervert sympathizers. Get outta here! You're destroying America! And speaking of nuts, I have a nut here, okay? And this is a bolt, okay? So, listen. This is what a normal person does, alright? See, I got the bolt right here to represent the male, right? You got the nut right here to represent the female, alright? This is what normal people do, okay. This is what- now let me show you what insanity says to do. It doesn't work, stupid! See, but, but, but people are crazy today! And then there's the, the they, they say, “Oh, Pastor Anderson's crazy.” And one evil, sick reprobate that none of the other kids will stand up to. Kids do not have the guts to stand up to reprobates. I'll stand up to ‘em, unlike most preachers that are a “spiritual babe in Christ,” so they get bullied and picked on by the fags. You know what? They don't bully me. Take me on! Huh? Bunch of filthy sodomites and queers. I'm the one who has the guts to preach against them! And these other preachers need to man up and stand up and say, “Come on! What are you gonna do about it, you big bully?” And the reprobates are always bullies, aren't they? They march down the street. They shout their voice so loud. They're such a small minority, but they're always a minority, and they're always a bully, and they always want to cram it down everybody's throat! Well, they're not crammin' it down my throat! You know what, I'm gla- a, you know, I didn't like goin' to seventh grade at that messed up school, but in some ways, I'm glad I did, ‘cause it made me so mad that I'm still mad, and I still hate their guts. I still hate these reprobates! I still hate these sodomites! I still hate these haters of God and these vile perverters of the flesh, and I'll stand up to ‘em, and I stood up to ‘em then, and I'm gonna stand up to ‘em now, and we need some preachers that will stand up and say, “No! No! You're not gonna back us down. You're not gonna tell us that we're not like Jesus, and that we're not- You don't even know Jesus! We know Jesus! We're gonna tell you what Jesus is like!” Because you know what? They are compromising, and they are not standing for the word of God, and they are tools of the media to brainwash you! To brainwa- They are just tools of the media to brainwash you! And to lie to you and to deceive you! My friend, but you've been deceived tonight; you've been lied to, and you don't even know what the Bible says anymore. ‘Cause you're watchin' TV, and you've been brainwashed. The media has been brainwashing you week after week and month after month and day after day to get you to think it's all about “Gay marriage, gay marriage, gay marriage, gay marriage. Don't let ‘em, don't let ‘em bake the cake. Don't bake the cake. Don't bake the cake. Yeah, if they come, I can serve ‘em, yup. I don't wanna hurt their f- yeah, but just, but just, just not the marriage, just don't let ‘em get married.” No! Care if they get married, that's not what the Bible says! (Right!) The Bible does not say, “Don't hurt their feelings.” The Bible calls them beasts! (Yeah! That's right!) Turn, in your Bible, tonight, to 2 Peter chapter 2. I'm sick of it! Why don't you get out of that stupid liberal church you're in and get into a leather lung, Bible-believing, King J Baptist church, and it wouldn't be a hard decision! D- do you, Wh- Who thinks it's a hard decision if some faggot wants you to make ‘em a wedding cake? And that's brainwashing you, my friends! And you could say, “Well, she's fighting the battle in her own ways.” She's fighting nothing; she's a tool of the devil. -ight once again. Please help everyone who's here not- 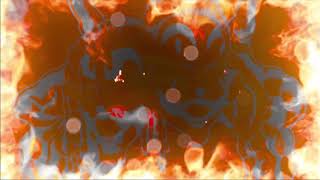