Drowning In The Chalice Of Sin Lyrics

Drowning In The Chalice Of Sin Lyrics


Watch over the enemy, let him not have any rest
Make thyself sure that his eyes are wide open
Cause if he cannot dream, he cannot do his best
Exhaustion and tension his resistence is broken

Scare the enemy, show him now that his time has come
The bitter taste of fear crawling into his mouth
Teeth so compressed he bites his own tongue
Make him know that once he's in, he'll never come out

Hurt the enemy, make him wish he'd never been born But since his birth was true he'll wish he was already dead
Shred his flesh slowly, until it's all ripped and torn
The pain will be so much, he'll not avoid going mad

Scorn the enemy laugh at the blood that runs from his sores
He'll beg for mercy when life slowly starts to leave his body
I do guess he'll be the first to say he wants war no more
But then it'11 be too late, he'll be already in the crematory 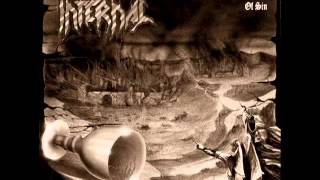 check amazon for Drowning In The Chalice Of Sin mp3 download
these lyrics are submitted by kaan
browse other artists under I:I2I3