Captured by Hitler with Oliver Twist in the tower
Guards say here's pens and paper just sit down and work for an hour
O, Goodness, how can we escape? but it's not worthwhile
All I can do is smile.

Tell me more, what then

Down Main Street I go on a duffel-coat hoping instead
For a little room, yawn, I'm so tired with this big bag of coal on my head It's a top hat I'm trying to sell or a lesson to learn
Vaguely seeking some fire to burn

While a group of middle-aged persons with dwarfish expressions and tinned conversations in Sunday blessed blue
Standing around for a photograph, watch the cuckoo
Do you need any coal? But it doesn't appear that they do
Then I offered my throat to the wolf but I just can't die
All I can do is fly

Safe and secure in the skirts of the midsummer wood
Cooking soup with stale words and fresh meanings it tastes so good
The green wolf with his bunch of red roses is slinking away
All on a summer's day.
Explain lyrics
Correct lyrics 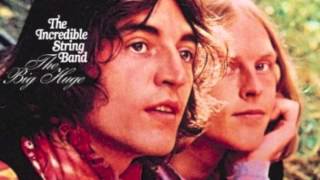