eLyrics I In The Eyes Of A Mistress Lyrics

Beetlejuice Beetlejuice Beetle
In The Eyes Of A Mistress
It Doesn't Matter If You Win Or Lose It's What You Do With Your Dancin' Shoes And This Is How I Met Tyler Durden Jacuzzi Casanova Sharks Live In Water, Theres Water In My Toilet. I Rest My Case Diabolical Dick Shrinking Mother Fuckers Acetone Turpentine Benzene. He Calls It The Dip It's Not A Motorcycle Baby It's A Chopper I Got It From A Friend Who Also Happens To Wear Bitchin' Ass Pants Avi Pull Your Socks Up! Yikes! Spikes!
Beetlejuice Beetlejuice Beetlejuice video

IN THE EYES OF A MISTRESS


One, two, three, four, go
So let this f*cking party begin
We’re bringing all our friends
Too bad this night is gonna end
The way it always ends
A fight between one, two or three
Let’s hope it’s not between you and me
So let’s keep these red cups filled up
To the brim
f*ck, I can’t believe that I have done this again
Oh shit
Drank way too much and f*cked up someone else’s friend
I’m way too f*cking drunk
Banged this dude’s girlfriend
So go and bring your girl back ‘round again
I’ll show her what it’s like to be with a man
Oh damn girl, you’re so f*cking fine
Let’s do this again and again If we had the chance to f*ck all night, I would
And if we had a few more beers, I know I could
Oh man, there’s gonna be a brawl
Some guy banged someone else’s girl
Hey guys this bro’s been talking shit
So let’s bring this fight into the streets
To introduce his teeth to the concrete
First I railed your girl
Now your head’s beneath my feet
How does it feel to get f*cked up by the guy who f*cked your girl
But at least we brought the beer
So you can’t complain
Get the f*ck out of my face
Everyone let’s chug a beer 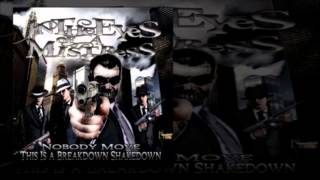