Samo
Imani Coppola
Legend Of A Cowgirl Karma And The Blizzard It's All About Me, Me, And Me Independence Day I'm A Tree Hope For The Future Gravity Got That Hottie Forget Myself Dirty Girl
Official page Imani Coppola wiki Samo video Imani Coppola twitter Imani Coppola facebook


It was the Summer of '79
I met a boy in the scene on the Lower East Side
We scribbled words on the walls
Spraypainted the town
Hip Hop, Punk Rock. bottoms upside down
The Bronx was burning and the city was turning in its grave
Beats were breaking, bombed D trains scraping through the tunnel to the fright of day

It was the Autumn 2006
CBGBs closed the curtain final act Patti Smith
Towers collapsed, the compact disc was obsolete
Boredom is the birthplace of creativity He stayed in his bedroom with his MacBook Pro
9/11's Great Recession dwarfed the planet Pluto
Stop and Frisk raised the risk for mainly Blacks and Latinos

It was the Summer 2019
He was a content creator who blew up on IG
Hash tag fame, internet celebrity
Made a million dollars mining crypto currency
And the world was trolling for American to become great again
Guns were polling, Kanye West was running for President 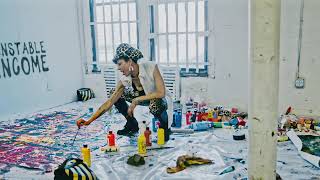