The sun sets at last, sliding slowly and silently down
'Low the horizon in the west, where a small house lies.

The puppet-man is ending his workday, as the starlight peak through the clouds
He's worked all day and says goodnight to his dolls before he close the door
He lives alone in this house, and it's his home and a way of living
Though he thought he knew all the secrets of his house, there's more.

'Cause tonight. the puppets are roaming the room
In spite. of being creatures of iron and wood
They live as well as you and I
Though driven by other forces inside
And tonight the creator's biggest pride
Will make his way through the door and charge to take the puppet-man's life

He'll never again be put back on that shelf
"Kill the flesh! Kill the flesh!" screaming to himself
The doll is standing above the puppet-maker's corpse The devil-mask covered in blood and gore
Silently standing, looking down
With the dripping knife still in his hand

Now he turns and he sees the door
He's tasted blood and is thirsty for more
The rain is cleansing his mask as he runs through the night alone
He's shaking in tension as he's heading for the town.

'Cause tonight. the puppets are killing in town
And the villagers are lying in bloodstained nighting-gowns
And now as they all have become alive
They are immortal and cannot die
And tonight the creator's biggest pride
Will run into the world and try to take mortal men's life

A most funny song to work on. It turned out quite infant and childish, with the sheer wickedness and evil which are found in classical King, Fullci and Argento movies and with a pinch of Tales from the Crypt. I don't really have a clue why the lyric turnes out like it did, but I have a sneaking feeling that the song made me do it. It's just perfect how the doll sneaks trough the living-room and hides in the dimly faded gloom.
- Narrenschiff 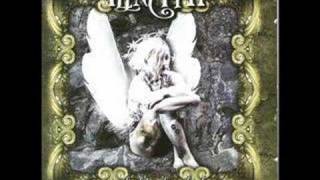