[Verse 1]
If it's too far away, then it can't have existed
Too much to say, and it's too hard to listen to
A story of a few sent down their own paths
Went through a whole lot but tried to hide away the past
When the memories we made came up for air
Had to push 'em back down cuz it didn't seem fair
Had the world in our hands for such a quick moment
Then the world took it back and we gotta keep goin'
Gotta close down and take some hits
Saw the only clear option was to change this shit
Separate from the love; trade it for the dark
Stand up tough, but paralyzed from the heart up
We'rе turning back; would've only took a minute
Face to facе could've said best friends don't finish (ah)
But we didn't; left the world feeling cold
After digging in the hole, ten years flew by
Suddenly so clear, the truth standing together
We know... it's time to finally go

[Verse 2]
I remember back when to the darkened days
Then the world turned cold; someone had to pay
Tripped up, pitfalls, got locked away
Fists up, get tough, got a love for pain
So many years burned by, no fuel, on empty
Had to lay away, dreams fade so gently
'Til there's nothing left but the Jack in my hand
Spillin' down the drain, but we back at it again
Through stormy weather
Not a day went by when we didn't get better
Bombs fall in between
Lovers come and go like bedtime dreams
But some dreams don't die
No matter how hard you push them by
And you're back to play by the light of the moon (by the light of the moon)
Howl like a baboon (howl like a baboon)
This can't be the end
Head up to the sky, now we're back again 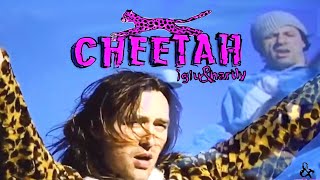