[Verse 1]
I don't give a f*ck about a p*ssy nigga ('bout a p*ssy nigga)
Drank God, I'm a p*ssy killa (I'm a p*ssy killa)
I just put them Forgios on my four wheeler (skrr)
And bitch I ain't a rapper, I'm a dope dealer
Shoot him in his head, he need some more tissues (pah)
Niggas false claimin' sets 'cause they ho niggas ('cause they ho niggas)
Disrespect my gang, it's goin' be more issues (gang, nigga)
Make music, sell 'caine
I'm a go-getter (bitch, I'm a go-getter)
I got tired of sippin' syrup, I don't want no mo' (I don't want no mo')
A hunnid shooters at my shows and every one gon' blow (they all shooters)
I'm-a give her dick 'til she don't want no mo' (she don't want no mo')
Yeah he might have a lot of dope but he don't want no smoke (don't want no smoke)
I just got a text in from Guwop (what'd he say?)
He told me "young nigga get this guwop" (get that guwop!)
Crashed the other one and got a new drop (yeah)
Bandana wrapped around my head, bitch I'm 2Pac (thug life, nigga)
Took it to the cheddar, ain't no stressin' us (ain't no stressin' us)
You a bitch, in the pen I made him press his bunk (press his bunk, nigga)
Couple enemies, and the rest with us (the rest with us)
Next nigga try snitchin', we gon' wet him up, yeah Price was low, it's time to jack it up (it's time to jack it up)
That shit you talkin' in them songs, hope he back it up (I hope he back it up)
The truckload came, told 'em back it up (beep, beep, beep, beep)
And way before I started sippin' Ack, bitch I was ackin' up

[Verse 2]
f*ck all that talkin', where them bricks now (where them bricks at)
And never ever trust a nigga that's from 6 Mile (never trust a nigga)
Scurby like Rico, he get mixed down (like Rico)
Burn the car, whack the witnesses and threw the clips out (and threw the clips out)
I'm a dirty dog, got a dirty dick (I got a dirty dick)
Made my first 30 bands then bought 30 sticks (all sticks, nigga)
Old head told me watch who you get dirty with (for real)
Busboy for that chicken, I been servin' shit (get it)
Caught another charge, gave no names up (shh)
Plus I'm the boss, how the f*ck can I give names up? (how the f*ck can I give names up?)
Made a lotta change, still ain't change up (I'll never change up)
It's either give that plug to me or give your brains up, bitch (bah) 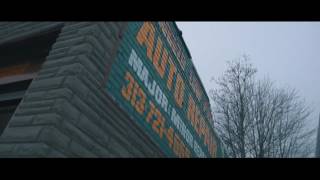 check amazon for Rico mp3 download
these lyrics are submitted by itunes3
browse other artists under I:I2I3
Record Label(s): 2017 Iced Up Records
Official lyrics by