[Intro]
Waiting on my home boys homecoming
Riding in this motherf*cking Benz, all alone getting high with my chrome on me
Thinking about Sharder, why he had to leave
We were high school home boys, another fatal tragedy
Busting my ass tryina make my future brighter

[Verse 1]
Cause thinking about the past only drive me to get higher
And I swear my flow of cash remind me I'm getting tired
But when I think about them M's I swear to God I get excited, Lord
I'm still double parked in that Chevy bitch
From Brown sub' to Belle Harbor, burn heavy bitch
Niggas hatin' but they broke just like '
Alex Serra is my motivation to get hella rich
'Cause all I hear is numbers, boy, I'm on some next level shit
Highly inspired, just getting by I can't settle with
Rose newer moon, Cali knew he had to let me in
Slippy in my phone, baby, wanted me to rap this shit
They say I work hard to hide, nigga
If any nigga in the field of my grinding, I'mma slide nigga
Street sweepers and modified pistols
Sinner hitters and niggas been a part of my credentials
Cheap, busting ammunition that we buy by the bulk
Come here and listen to one of them niggas trap me a soul
Highly sophisticated blunts that I show all my troops
And all I ask for in return is a general salute

[Verse 2]
The same monster they created, the same one they gotta fear Going harder than any motherf*cker without a deal
Let me be the one to stay the shit they repping out the crib
They ain't even for me, you whip whoever doesn't name you
Bitch, I'm date all the way, ain't no f*cking doubt about it
That gay shit they tryina pull ain't no way I'mma allow it
Jock niggas ain't tough and y'all niggas ain't about it
So I'm here to call you bluff and deuces I handcuff you
You got some dollar, then come shopping, I'm charging if you ain't my partner
Quit your talking, bitch, I'm rolling and all the niggas should follow
And I was just told that my bitch now at the station
Full investigation pertaining to some gang shit
They just wanna shine some bad light on a nigga
And use me as example for the up and coming killers
But I don't know shit about shit mister officer
You the last person on the planet I be talking to
Besides, drive-bys ain't my style, bitch, we walking up
Life out the mafia and ain't no f*cking stopping us
We all made niggas and we all getting cash
Only grind for real shit don't fall in your lap
That's why I can never hate on a nigga that's making moves
I'd rather link up with him and take it to the moon
I keep it 100 and I swear to tell the truth
And all my real niggas that hold me down, this is my salute 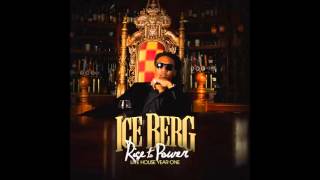