This that Gram House Blues
I'm ten toes down, but tell the judge I ain't wearin my shoes
I was locked down in a place where they don't care about you
Judge got me ducked off, somewhere paying my dues
The only way to make it out is just by playing by the rules
But you know me I'm playing for keeps ain't plying by the rules
Never bite the hand that feed ya
Yea I understand, but I was hungry so the hand got chewed
I devoured it, so much weight on my shoulders I need me a powerlift
Askin God, don't know how to pray but I ve tryin' still
Ain't no faith, they told me I wouldn't make it outta there
19 months in the gram somethin' gotta give
f*ck a nine to five, ion wanna work no eight hour shift
Rap, serve rock, hit a lick, get it how you live
Blue smurfs what I feen for call me Gargamel
Blues in my jeans, gang gang, no I'm not a crip
I gotta chill, need a cooling kit to cool me off
This that Gram House shit go hit the stall don't do no talkin'
Me and ? in the same building talkin' through the walls
Free Taz, I give him the wheel, he goin' through the law
When you locked behind these walls it's crazy how they do ya dawg
Outta sight, outta mind, they won't remember you at all
My lil shorty, she so for me, she been with me through it all
I'll give you a call, vent to me, I'll listen to ya talk
I got to teach you some things, nothin' like seein' ya face
Hold me down, I'm on the way bae I just need you to wait
My life's a dream and If I'm sleep f*ck being awake
Was in the fast lane but I never pictured me in a wraith
Fast lane, V-8, I talked to Nap he straight, my niggas in the same lane like we running relay I couldn't even pursue my dream because I couldn't behave
I did 19 straight, I even missed my b-day
Same shit on replay, just replayin' and don't know hit to pray, but I know how to repent
So Father God, please forgive me for my sins
Forgive me in the future if I go through it again
God I ask you to bless me
If I'm wrong, correct me
I been tryna prosper
The devil just won't let me
I'm having hoe problems
These bitches so messy
It's Lil Hot, Kut Da Fan On, these hoes sweat me
Kut Da Fan On so ready to blow I done put some flow in e'rr song
One bad phone call in this bitch'll have ya head gone
Just talked to my nigga on the Gram phone
I told him when I jump we takin flight but we can't land wrong
This that pen and pad flow, writing til my hand gone
Reaching for the stars, galaxy, f*ck a Samsung
IPhone in my cell I'm facetiming with a bad hoe
A hoe gon be a hoe, you can't control it what you mad fo'?
Locked up, yo hoe'll f*ck a nigga that you beef with
Real talk, that's some g-shit, I done seen it
Wolph was in the game they locked him down no defense
Now I'm hollin' free him, he was just hollin' free me
Promethazine stuffed up in my bottle just like a genie
Dawg said Lil Hot you need some crutches boy you leanin'
Feenin for a feature, get some money, stop the feenin'
Was in the Gram year round, same shit, repeatin' it
This that Gram House Blues, real shit real shit
This that Gram House Blues, hear this hear this
This that Gram House Blues, feel this feel this
This that Gram. House. Blues
Laterrr
Explain lyrics
Correct lyrics 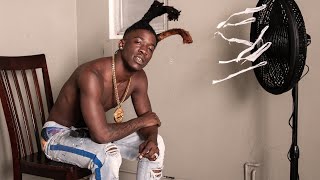