A rising tide spent drowning in days lost to one heart's final lament.
Thrown off like grins known only to the dead.
Plastered behind scarlet eyes - Scarlet eyes!
Plastered behind scarlet eyes, stinking of tomorrow.
I say that once a letter is written. it's not so easily sent.
Like trying to find 2 of 3, but settling for one of me instead.
It's a hard faith to follow: the constant give without the take; after the scraping through it's one less heart to break.
A head above water for the eyes held under a lasting plea for the lost mind torn asunder.
Nothing but fair trades and farewells, when the present tense reveals a sixth sense, when you'd die for a word or one less empty shell.
Explain lyrics
Correct lyrics 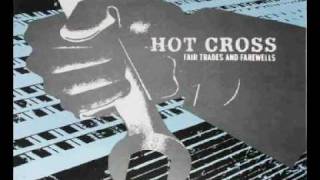