[Chorus - Lil Wayne]
It's a dirty world but it still spins
Ya can't do nothin' about it but try to live in it
You can't live too large or live too small
It's a fix, but 2-2-6 gone still ball

[Lil Wayne]
No mater what, them people gonna always watch us
And them dirty judges gonna keekp on tryin' to knock us
Playa haters everwhere, can't trust ya own peeps
And the feds got us with this new thing called conspiracy
Them dirty scamps throwin' crosses, real niggas dyin'
They put a limit to our flossin', don't wanna see us shine
But close ya eyes, it ain't nothin', look the other way
This for my mother, lost my father just the other day
I'm seein' niggas get shot up, hell I got shot, too
Man, you hate me and I hate you, look what this world do
Now watch ya mouth when people ???? seein' they brains boil
Look I don't curse but in this verse nigga f*ck the world

[Turk]
Niggas be wantin' to kill ya, when ya on top they tryin to still ya
Surrounded by playa haters, how you gonna make a million?
Own boys be tryin' to take ya spot, you think it's cool but it's not
Niggas be tryin to plot on what ya got
If you rich you better leave it low
It's a dirty old world, nigga, if you didn't know
Don't tell ya business to hoes 'cause they'll cross you up
Tell they oldman you got her, he'll try to chop you up
Watch ya back at all times, it's a dirty world
Niggas get left and found over boy and girl
F*ck playin' the game raw, I play it smart nigga
Think I'm gonna get caught up nigga? I won't nigga
I keep my eyes wide, and don't trust no nigga or b*tch
These days, nigga, ya can't trust ya own click
Ain't that some sh*t? This world nothin' nice
Niggas hatin' if you got it, it's all gravy when ya trife

[Juvenile] Them b*tches got a nigga trapped, they ain't givin' a sh*t
But they'll give it to them Japs, they buy property and don't even pay no tax
Ride nothin' but Lexus' and 'Lacs
The same treatment we ask, a destination of blacks
Give us a ballot of names, and expect us to vote
The way I see it, we losin' out anyway this sh*t go
Show me a politician and I'll show you a crook
Show me a police officer that go by the book
They'll plant dope on ya, go to court on ya
Give ya 99 years and slam the door on ya
Angola, the free man bout it, he don't play
Nigga get outta line, ship 'em to Camp J
Food stamps and welfare done been cut now
They done f*cked the Medi-care up, so niggas stuck now
Bet ya before the week out another nigga get killed
Bet ya Pendleton don't give a f*ck how a nigga feel
We fallin' like bricks, and they flyin' like birdies
This world needs to take a bath 'cause it's too dirty

[the B.G.]
Ya know this world so dirty, believe it ain't clean at all
I gotta be a 'lil man and stand tall
Y'all niggas jackin' for they habit, they can't keep it up
F*ck with the wrong nigga's sh*t, you get ya head bust
I only trust niggas that I know down with me
I see straight through cut-throat niggas easily
They tryin' to snatch me, 'cause they know I'm what ya used to be
'cause I'm a major fu-uh-factor to C-M-B
But I keep a chopper that's damn near as big as me
'cause I refuse to let any nigga still me
That'll be stripes for a nigga on the f*ckin' streets
Reppin' off me, sayin' they chopped the B.G.
I get some weed and just roll up
This world tore up, niggas on that dope, sick, fold up
My click rich wrapped in diamonds and pearls
Ya gotta be strapped, bein' rich in this dirty world 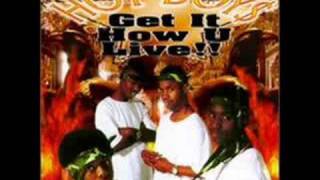