Turn it up
[Huddy Combs]
Yo, when I roll you know the cats be out
So you cowards got no choice but to rat me out
I call in from the pen to try to see what that be 'bout
Cuz I catch a fool slip and yo, his ass is out
[Blinky Blink]
Hud, stay on the low, pop two cops
Thug, Against All Odds, like Tupac
I'm caked up, dog-tired from Jacob
Platinum, reach for it then wake up
[Huddy]
For top dollar yo, I squeeze my trigger
And Lord knows, I'll lead this nigga
Cuz I'm down for whatever
Matter of fact, I'm down for the cheddar
Try to clown and get your ass layed down forever
[Blink]
Niggas hate to see a G come up (yeah)
Young niggas that run up get gun up
That's for real, seen the nigga pass the still
Even wink, your ass get killed, All Out
[Meeno]
1 - This is for the no-nada's
6'4" rida's, all them ones are lowriders
All weed smokers, whole weed sippa's
All dead homies, and O.G. nigga's
Throw it up
This is for the no-nada's
6'4" rida's, all them ones are lowriders
Whether blewed out or flamed out
Mask on, ridin' with them big things out
Yay a yayyy
[Meeno]
Light up the izzy-izzy ba-ba, ask yourself, why try?
Touch the untouchable brotha that's in front of you
Harlem USA be the place that I come from Twenty-ninth and Lenox be that place I get the guns from
Vacant lots be the route that we used to run from
Thirty-second precinct until Jackie caught the dum dum
It's hot now, cops now, all I've gotta eat
Close food shop down, send them across the street
My force overheat cuz this cost is cheap
Reminiscin' all my homies that I lost on the streets
Dos Bruce, LB and even Stevie D
Pull some nigga out and throw it up for a G
NBR, be the click that claim to be
So if worse come to worse, do the same for me
Repeat 1
[Loon]
Now, we drink Colt '45, toke 45's
Smoke 'til we high, loc til' we die
Got locked up in Crenshaw
Somebody said, 'Foo, what you in for?!'
Gentleman's hoe, bang window
Did 15, and got about 10 more
Oh, he was solid than Dembrahlie
And Eddie 3 was the first with I hydraulics
Bought his first big dinner with narcotics
And had a day, engine noise kept unpolished
You taught me about khakis and Converse
And if a foo' try to move then you ball first, feel me?
But now I'm stackin' my grip
Back in the trick, come out a day early is a slap on the wrist
But one time never sleep on it
I went from Harlem to LA fool, so speak on it
Repeat 1 until fade
Explain lyrics
Correct lyrics 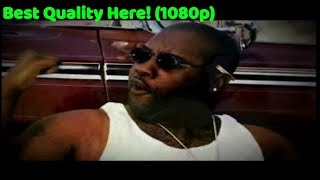