His peers shed tears his senior year when he got murdered
Now Alberto was your average day student
A student participated in class, never came late
And never true and his family was picture perfect

His older sister was prom queen
His dad a decorator vet from Vietnam scene
His mother was Dear Abby, an ordinary house wife
Like clock would always have dinner on the table at five

But Alberto had a monster, he kept under his bed
And instead of letting it out, he just got a girlfriend
Instead, she knew something was funny she could tell
By his behavior or the way he would wave his hand

When he would wave to her, she never though anything of it
And just shoved it in the closet until the day the word dripped out
Like leaky faucet, Alberto was homosexual, I ain't have nothing against it
But little Ronny Johnson and all his football player friends

Did they always picking bad calling him fag and such, and such
And couldn't wait to get to gym and really bust his nuts?
The gym teacher never cared he'd join in on the action
Make silly gestures and compare him to Michael Jackson

Alberto couldn't take it, he just stopped showing up
And whenever he walked the malls, he just felt like throwing up
And at night he would cry and cry, and ask God, why?
Like God, why the f*ck I had to be born this way?

God would reply, "Son you got to show them your more then just gay"
See, he had dreams of being a track star until the night
The gay jokes went way to far Ronny begged for his forgiveness
And invited him to a party 'cause his parents went away

And left him plenty of Bacardi, Alberto kindly accepted
He was finally accepted, accepted was all deception
And all unprotected it was a play rite a scam to get him in
The right place verbally degrade him and rearrange his pretty face

The plan would go swiftly, they started calling him Sissy
When plus turned into fifty they beat him until he was dizzy
Now, Alberto lie in blood while his peers look on him in fear
He took his last breath and passed away his senior year Needless to say it was one big tragedy, and how was Ronny
Gonna explain it to his family while they were on vacation?
Taking in sights he got wasted killed a kid that night
Don't be a saver, but hate the way they do

Troubled man, juggling heroin addiction, he overdosed
And left a notice of eviction and cradle record in the kitchen
And a little angel with a keen sense of sound who saw silence
In the record she found and she would stay up late at night

Reciting songs to herself in the pale moonlight
Writing wrongs that her pops made promise to mom
She would never go the same route turns out, Karie Ann had other plans
Her inter man Ronny, most popular, second best to nobody

Homecoming queen vs. ugly duckling and the story ends the same way
Okay, Ronny? s parents went away for a couple of days
And told him no drinking, what the f*ck was they thinking?
Maria was oblivious that her boyfriend had already been invited

So, when Karie Ann asked, she got all excited like
Damn now, I've got something to look forward to
And so she thought, Maria kindly accepted
She was finally accepted, except it was all bullshit

Now pay attention, Karie Ann hated Maria
'Cause she could sing and so she scored a bag of heroin
But the craziest thing was, Maria never touched drugs
She did that night and when her man was getting beat

She was nowhere in sight, now her boyfriend lay in blood
And she had no idea Alberto passed away and she got hooked
Her senior year, needless to say it was one big tragedy
And I hate to break it, but it doesn't end happily
A warm day in May, the sky was so beautiful
Karie Ann died in a crash leaving the funeral 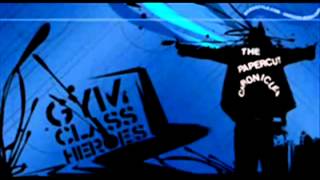