[Verse 1: Gucci Mane]
Big ol' motor in my rear, and it gon' get me 'way from here (Nyoom)
Don't pull up on me, partner, I'ma get to switchin' gears (Don't pull up on me, holmes)
This gun for huntin' deers, this AK came with a spear (Grraw)
This Glock, it came from Smyrna, it's plastic, not stainless steel (Woah)
You be hatin', but I can't hear it, first you boo it, then you cheer it (Damn)
I can't take you serious, your kind, I can't even stand near it (No)
You niggas on your period, I just bought some new Amiris (Amiris)
Million after million, they think Gucci racketeerin' (Wow)
New Phantom, I'm the driver, I f*cked up my power steerin' (Go)
Sixties, they so big, it make my shit sit like a chariot (Well, damn)
I just bust a watch and that bitch got so many karats (Brr)
When they talkin' big money, the only time I'm wearin' it (Whoo)
Niggas be crabs with their money, Gucci Mane don't cherish it (Racks)
But if I rocked jewelry they rock then that would be embarassin' (Huh?)
Lames get a lil' bit of money, don't know how to handle it (Lame)
I don't need help with this money, it's under good management (Gucci)

[Verse 2: Veeze & Gucci Mane]
'Bout to start rappin', I got more money than your manager (Well, damn)
Broke bitch said we f*cked, it was in her dream, she just imagined it (Woah) Nigga, ride down his block, he gon' get more shots, he gon' think I'm a cameraman (Grraw)
Nigga, come to my spot, you gonna see a lot of chops, look like Afghanistan (Huh?)
I'm in the coupe with Lil' Meechie, he took my cup 'cause a nigga keep stabbin' it (Lil' Meechie)
I'm 'bout to still Wock' raw, yeah and stab in that bitch without readin' the manual (Skrrt)
I thought he was runnin' it up, but I passed him up, he run out of stamina (Go)
I know all my niggas is crazy, they ever go broke, they gon' act like some animals (Grrr)
I smoked a whole zip of exotic, my eyes real low, look like Linsanity (Ah-hem)
He caught a domestic violence, he mad at his bitch just because she a fan of me (Lame)
His lil' ho keep beggin' to f*ck, by the time that I hit it she couldn't even handle it (Ho)
I'm really a snake, when I get on a plane, in my mind I be thinkin' 'bout Samuel (Slatt)
I really gon' teach you 'bout money, ain't nothin' but dollar signs all on my calendar (Racks)
These niggas sneak dissin', I hear it, I still ain't kill 'em, I just ain't get mad enough (Woah)
I put on a scene, I was smellin' like weed, with a cup that was dirtier than Africa (Huh?)
Before I could ever be cuffin' a thot, you would catch me swimmin' in Canada (Huhh)
Explain lyrics
Correct lyrics 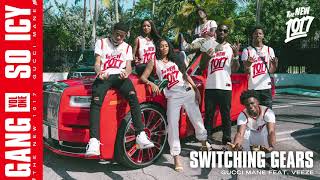