[Verse 2: Conway the Machine]
Look, lil' brodie let off his thirty, he ain't even flinch (Yeah)
Caught the body, dipped to the A, nobody seen him since (He got lost)
Five-sixty Benz and I ain't need the tints (Vroom)
My weakest scent cost more than your mama need for rent (Hahaha)
That's just one zip, the drum rip, leave you rinsed (Rrah)
Hide the body for a week and it's gon' leave a stench (You smell that?)
Rappers come to my city, they gon' need consent (You need a pass, nigga)
'Cause we already know you pussy, nigga, we convinced (Hah)
I told Virgil write "Brick" on my brick (Hah)
The nicest with this shit, ain't write this, I just spit (Woo)
White bitch on my dick, this ice drip on my fist
No shoe deal, but look at all this Nike shit that I get (Hahaha, yeah)
On Doat Street, it's white shit that I pitch
Two in the morning, on the corner, night shift with my blick (I got it all)
No soda in this off-white shit that I whip (Hah)
I'm rich, put all this Off-White shit on my bitch (Yeah, haha)
So if it's smoke, we ain't even askin' (Uh-huh)
We just pullin' up and somebody gon' see a casket (Boom boom boom)
Hall N Nash and Benny like James Worthy, Kareem and Magic (Yeah)
Every time Griselda drop, this shit gon' be a classic (You know what's up)

[Verse 3: benny the butcher]
Yo, I gave cocaine to users, and okays to shooters (I did)
I'm cocky, vintage Versace with the stone face Medusas
Sopranos, and Margianos, we got gold-plated Rugers
This pistol'll backflip you and blow your whole frame to Pluto (Brr)
Got all eyes on us, can we chill? Eatin' with snakes'll probably get him killed
'Cause trust me, every family had a Henry Hill (What else?)
And every man don't got a Benny skill (Nah)
When you this dope, it take least 50 mil' just to sit me still (Ah)
Light ten on my whip, white bitch on my dick
Right wrist when I whip, that white brick on my brick
Runway Margiela, that type shit on my bitch
Butterflies and spikes, that type shit on my kicks
These rappers wanna be trendy (Nah), they hoes wanna be friendly
But never, she wear Forever 21 like it's Fendi (Punk bitch)
I told that bitch it's Givenchy, she pronounce it "Givinchy"
She wanna f**k me and run through all my accounts 'til they empty
What would Chinegun do? I'm still thinkin' militant
Old paraphernalia layin' around, I got rid of it (That's out of here)
Then settled all my differences (I did)
I really had a chicken with a tree stamp like I stepped on it with a Timberland
The Butcher, nigga (Ah) 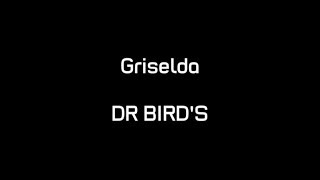