Come all you loyal unionists, wherever you may be,
I hope you'll pay attention and listen unto me;
For well you know the blood and woe, the misery, the
toil
It took to down secession on Virginia's bloody soil.

When our good old flag, the Stars and Stripes, from
Sumter's walls was hurled,
And high o'erhead on the forwardest walls the Rebels
their flag unfurled,
It aroused each loyal northern man and caused his blood
to boil
For to see that flag—Secession's rag—float o'er
Virginia's soil.

Then from the hills and mountain tops there came that
wild alarm;
Rise up! ye gallant sons of North, our country calls to
arms.
Come from the plains o'er hill and dale, ye hardy sons
of toil,
For our flag is trampled in the dust on Virginia's
bloody soil.

And thousands left their native homes, some never to
return,
And many's the wife and family dear were left behind to
mourn.
There was one who went among them who from danger would
ne'er recoil;
Now his bones lie bleaching on the fields of Virginia's
bloody soil.

When on the field of battle, he never was afraid.
When cannons loud would rattle, he stood there
undismayed.
When bullets rained around him, he stood there with a smile,
Saying, "We'll conquer, boys, or leave our bones on
Virginia's bloody soil."

In the great fight of the Wilderness, where many's the
brave man fell,
He boldly led his comrades on through Rebel shot and
shell;
The wounded 'round they strewed the ground; the dead
lay heaped in piled
The comrades weltered in their blood on Virginia's
bloody soil.

The Rebels fought like fury, or tigers drove to bay.
They knew full well, if the truth they'd tell, they
could not win the day.
It was hand to hand they fought 'em. The struggle was
fierce and wild,
Till a bullet pierced our captain's brain, on
Virginia's bloody soil.

But above that din of battle, what was that dreadful
cry?
The woods are all afire, where our dead and wounded
lie.
The sight to behold next morning would make the
stoutest heart recoil,
To see the charred remains of thousands on Virginia's
bloody soil.

And now our hero's sleeping with thousands of the
brave.
No marble slab does mark the place that shows where he
was laid.
He died to save our Union; he's free of care and toil.
Thank God! The Stars and Stripes still wave above
Virginia's soil! 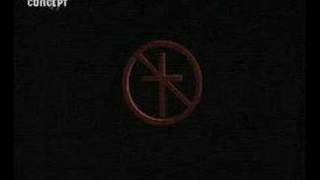 check amazon for Virginia's Bloody Soil mp3 download
these lyrics are submitted by kaan
browse other artists under G:G2G3