When The Rain Tumbles Down In July Lyrics

When The Rain Tumbles Down In July Lyrics


Let me wander north to the homestead
way out further on there to roam,
by a gully in flood let me linger,
when the summery sunshine has flown.
Where the logs tangle up on the creek bed,
and the clouds veil the old northern sky,
and the cattle move back from the lowlands,
when the rain tumbles down in July.
The settlers with sad hearts are watching,
the rise of the stream from the dawn,
their best crops are always in flood reach,
if it rises much more they'll be gone.
The cattle string out along the fences,
the wind from the south races by, and the limbs from the old gums are falling
when the rain tumbles down in July.
The sleeping gums on the hillside
awaken to herds straying by,
from the flats where the fences have vanished,
as the storm clouds gather on high.
The wheels of the wagons stop turning,
The stock horse is turned out to stray,
and the old station dogs are a-dozing,
on the husks in the barn through the day.
The drover draws rein by the river,
it's years since he's seen it so high,
and that's just a story of homeward,
when the rain tumbles down in July. 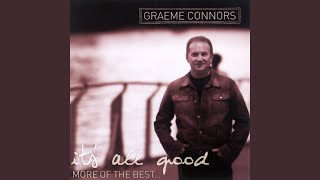