Joel: It's really more like a tribute than a cover.
Benji: Yah a tribute that's good.
Joel: I mean its like a love song.
Benji: A tribute to a Goddess.
Joel: About the most beautiful woman in the history of the world.
Benji: I've heard people take they said they think that we don't like her like we're sarcastic. No we LOVE Kylie Monague.
Joel: This is 100% SERIOUS.
Benji: I DON'T THINK YOU KNOW WHAT A TRUE FAN IS!
Joel: Take it serious! I understand its not as pretty as she would sing it but I'm still gonna give it a go.
Benji: CHA
Joel: ok.
Benji: go ahead Joel show um what its like.
Joel: Robot speed.
Joel: lalalalalalalalalalalalalalala Benji: That's pretty good. I like that. Joel: Thanks. Benji: Um I'm feelin it Joel: lalalalalaalalalalalalalala. Benji: I'm feelin it Joel: lalalalalalalalalalala Benji: you see my hips movin Joel: uh huh. Benji: I'm feelin it.
Benji: Your old enough to be my mother Joel: Owe Benji: But I wanna do yah so does my brother. Joel: THAT'S ME! Benji: Me and my friends have all your pictures Joel: Sexy Girl Benji: from men's magazines dirty ones like maxim. Joel: yep Benji: I wanna make a suite out of your skin and wear it and walk around karaoke to locomotion. Sayin you and me Kylie ain't nothing but mammals so lets do it like they do on the discovery channel. Sayin you and me Kylie ain't nothing but mammals so lets do it like they do on the discovery channel. Sayin I can't get you outta my head. I've been stalkin you for 42 days. Joel: Robot speed Benji: I can't get you outta my head this restraing order's up in a day
Joel: sister sister sister Benji: sayin Joel: lalalalalalalalalalalalalalalalalalal Benji: that's good Joel. Joel: lalalalalalala Thanks. Lalalalalala Benji: really like the line about making a suit out of her skin and wearing it and Joel: so do I Benji: kareoking to locomotion *Joel still in background lalalalalalaing * Benji: I thought it was very creative and just brilliant. Yah and I think if there is some way we could get this to Kylie sorta like that eminem song Stan. I feel like Stan Joel:*interups his lalaling * you are.lalala you're an idiot Lalalalalala Benji: I'm Kylie's stan Joel: you're a jackass lalaalalala. Benji: anyways. Joel: You talk too much. Lalalalaalalalala Benji: You know…. I don't know. I think our work here is done. *Joel still lalalalaing in the background* I think we've shown Joel: Robot speed. And we're out. 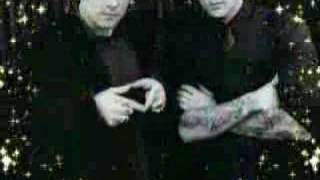 check amazon for Tribute To Kylie mp3 download
browse other artists under G:G2G3G4G5