The production is progressive, but the reason is retro
The chords are cold-blooded murder, I named it neo-necro
I whispered in her ear to hear an echo, echo-co-co
I keep her - it's cheaper - I love too much to let go
We discussed over dinner how she would die before the day was done
So I've caught her just in time to have a little fun
And you could use a little sun
So scream and holler, run and play
Wish you could die another day
I'm glad to say that I've
Done what I could to revive
My softer side survived
Damn, that shit was all right, when she was alive
Ha ha ha... 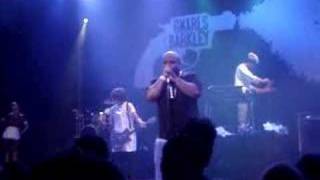