Down alone you find yourself
Another road with no way out
Laying there, resting now
You're an overload to every sin
Waiting for the train to hit
You think about the pain fill
But now that it's all over
They say you may as well forget

Waiting
You never think
Taking me out
Never been, you've never been
Anything you've ever did
Uphill in time where it might have left you
Well there you stand and there you fall
For you're the only one who knows
The only one who shows
You're a wild man, and a wild man and
Nothing's gonna come through this web
Nothing's gonna act out the same
Taking it out loud
Taking you won't fail me now Waiting you won't fail me now
Leaving it out loud
You're there on the train and
The tired here, the hungry there
But we're the only ones who know who can

Cause I need it, you needed me
There's a chance, falls in between
Leaving it, the only mistake
Waiting, feeling
Waiting, you're hoping it's right
Maybe you might get it right
Taking it out loud
Your damn mind is playing in
And there you stand and there you fall
You're the only one who knows 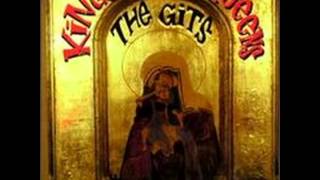