[Verse 1:Kyze]
When I catch you in the ends I'm gonna rip you up,
When I catch you in the dance I'm gonna kick you up,
When I run up in your house it's best you give it up,
When I'm feelin low ridin gets me spirit up
Niggas think they know Kyze but they don't know nuttin,
Hurry get the suttin turn em into curry mutton,
Tried to pinch some guys,
Missed a couple times,
Had to slap myself- someone needs to f*ckin die,
All I've been thinkin about is money needs to get earned,
I put the track on pause something needs to get burned,
My head will not turn,
I'm loyal to a hot firm,
Plus I'm extra pissed the D's just locked Termz,
Little dickhead youts don't they know I'm old-school?
I ain't hiding like you fam I'm local,
Dickheads are gassed up tryna amp their vocals,
Tone it down, me and my gun are anti-social,
Your man are so fool,
I'm just so cool,
Them man ain't gangsta nah they're just so called,
These little bitches are so small,
Drivin' the getaway whip and I won't stall,
Roll up and I won't talk,
Jump out, go nuts with the blow-torch,
Get caught fam, I won't talk,
Not even from a mad case that I won't walk. [Hook: Giggs]
Rat-Dag-A-Dag-a-Dag-Dat
Rat-Tat-A-Tat-A-Tat-Tat
When I clap little brats best scat,
Rat-Tat-A-Tat-A-Tat-Tat,
[x2]

[Verse 2: Giggs]
Coming from deep in the jungle,
Hollowmans got heat but I'm humble,
Niggas say I don't speak I just mumble,
I don't need to speak teef got a gun fool,
You've been easily rumbled,
Then my suttin go brap, get a lungfull,
I'll even squeeze at your uncle,
Motherf*ckers won't bleed when they tumble,
You ain't heard shit from this nigga yet,
How much more greazy can a nigga get?
Pass me the weed and a cigarette,
Niggas go all nuts when I hit em nets,
Kyzer, yes one of my main men,
Niggas say I bad him up but they hatin',
And Hollowman doesn't rate them,
They sayin' dickheads then Kyze will blaze them,
I just give him the strap he's like amen,
Gave him the mac and he spray-spray-spray ten,
Take boys and make men,
Make noise in your fake ends,
Spray toys at your fraid fence,
Niggas don't like me but wanna make friends,
And that's the wave of a snake ends,
And that's the way that the game ends.

[Outro: Giggs' son]
Daddy? why don't you make any CD's for me man? Here you are, do something about this Disney cd man! Aaaahh 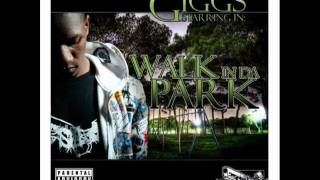