[Verse 1:]
Looking at my troubled life,
Thinking if the grass looks greener on the other side,
And God knows that my mother tried,
With me, myself Hollowman, and my brother grind,
Thinking about the gutter times,
Peanut butter, jam, one bread and a butter knife,
It's no f*cking lie,
I lost Big Lee and it felt like my brother died,
Some woulds say I'm a lucky guy,
I'm 26, they thought I wouldn't make it to 25,
And I know niggas hate I'm a heavy guy,
But if they wanna snake me I'll take it to any height,
Take me on any ride,
Got a full clip, there's no space in my semi nine,
And I'm impatient and very high,
Puttin' 'em to sleep motherf*ckers say your beddy-byes,
And I'm racing to better my life (yeah, yeah),
Fam I set a time,
I ain't talkin about the bass with the treble type,
Fam I'm talkin about the base that you pebble [? ] grind,
God don't forsake me for getting mine,
Cause I know I'm doing great in the devil's eyes,
This is blatently petty crime,
Throw me down a contract let me get inside.

[Chorus: x2]
I'm caught up with the fat black hammers out,
(Where?) Pecknarm, black bandana town,
Slap that banger round,
Clap that faggot down.

[Verse 2:]
The pain in my head says,
That my life's messed, I ain't far from my death bed,
[? ] as I lay down on my bed spread, Pested by my lifestyle and my friends deaths,
Fed's locked everyone down, got no friends left,
[? ] and had a breakdown from your [? ] stretch,
My ends said nigga slow down, but my head's stressed,
I said yes, nigga slow now, need my head checked,
Check back to the playground, only ten then,
Ten years later spraying rounds on your ends' set,
[? ]
The real shit that I layed down shows my ends rep,
The deep shit that I write down shows my pen's depth,
Wanna take it to the next step,
I'm a street-sweeper, get your end's swept,
Feds dressed in their plain clothes on my set rest,
The next step's to get some info where the tec's kept,
My best bet is to lay low, so I rested,
My head's wrecked cause the hydro got molested,
Promoters' on the feds dick,
When they ban me from the show, they're against it,
But I sensed it,
f*ckers show the roads where my strength is,
Made a new flow and I went sick,
Nigga f*ck the five-0 little bent pricks,
Bunch of f*cking homo's and your stench whiffs,
And the haters rollin' round in their rent whips,
All upon me and I send six [? ],
You won't see me on some bent shit,
Niggas know I'm straight 'Narm when my strength kicks,
And my ends is coming out of every other end's lips,
And in every mouth like a dentist. 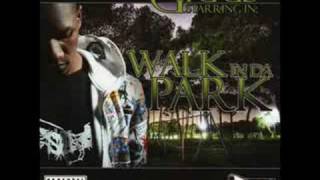