Rise Of The Black Suits Lyrics

Rise Of The Black Suits Lyrics


[Verse 1]
Young aggressor, born into the life of crime
I would walk down the streets strapped with two nines
Bitch smacking, jacking niggas, G dub stacking figures
Police drive by, I was click clacking triggers
Jay3 De Lucas put me with the fam to grow
I was a boss amongst white boys rocking the flow
I had hoes, bankrolls and minks by the dozen
My rides the [?] quick, they just wasn't
Trying to make me a made man, they f*cked up the game plan
I blacked out on them and started my own clan
Black Gambino, black suits, black Syndicate
My crime fam was tight, every move was intricate
The coke was brought in from by bad Columbian mules
Gorgeous women that I draped down in jewels
Streets fight started, mafia wars in Italy
Crime fam against fam and no one could do diddely

[Hook]
Do the dirty work, bring in the coke by the boatloads
Go against the grain, nigga, I feed nose holes
Follow no family rules, rules are for fools Chase the paper cause it's the cash that rules

[Verse 2]
f*ck the lord of fam, it's the lord of land
You don't like how I move then try to force my hand
I'm moving keys, them [?] couldn't touch my pianos
Putting pressure on them Gambinis and [?]
They love my money, they hate to see a nigga getting it
Selling drugs is taboo, but I ain't f*cking sweating it
The dirt gotta get done so I took my position
One day I'm just [?] with a lot of ambition
Next I got status, dinners with all courses
Flights in and out of the country, they getting nauseous
Money, power, respect; rise of the black suits
Talk shit behind my back, but to my face salute
Hugs and handshakes, they can't stop my reign
Got the coconut, pilots bringing shit on their plane
It's a shame, they ain't have the balls to make moves
They pussies, couldn't walk a mile in my shoes 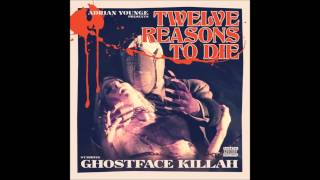