Naked as sin an army towel covers my body.
Some of us blush,somehow knees turn to jelly - next!
next! I was still just a kid there were a hundred
others like me. I follow the naked body, the na
Ody follows me - next! next! I was still just a kid
when my innocence was lost, in a mobile-army whore
house, gift of the army, free of cost! next! you're
next! me? I really would have liked, ju
Little touch of tenderness, maybe a word or smile, some
happiness, but oh! no! next! next! well it wasn't so
tragic the high heavens didn't fall, but most of that
time I hated being there at all
Next! next! I always recall those flying flags, the
army tanks, those queer lieutenants who slapped our
asses as if we were fags ... next! you're next! I swear
on the head of my first case of th
! it's that ugly voice that I forever hear ... Next! next! the voice that stinks of corpses of whiskey
and mud. it's the voice of the nations, the thick,
thick, voice of blood ... next! next! and each time I'm
with a woman and I take her to
D, she whispers and laughs through my head ... next!
... you're next! all the naked and the dead should hold
each others hands as I scream out loud each night in a
dream no-one understands ... n
... next! and when I'm not screaming in a voice cold,
dry and hollow... I stand on endless, naked lines of
the following and the followed ... next! next! one day
I'll cut my legs off, I'll burn
F alive, I'd do anything, anything, just to keep out of
line, just to stay out of line and never to be next!
no, never to be next! no! na! na! na! next! 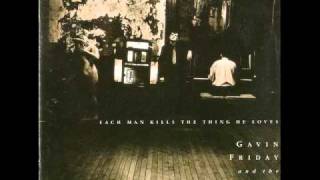