We Are The Champions Lyrics

We Are The Champions Lyrics

[The Game]
Guess whos back in a son of a bitch
Underground king with a gun on his hip
Not the UGK like bun b and pimp c
But I got the ghost unit bumpin in my bently
Ain't shit changed with the guts in a range
And no more Lloyd Banks,Tony Yayo and Young Buck in my lane
I'm a hood nigga for real mothaf*ck the fame
Nigga I'ma get mine
You can hate it or love it but it's a thin line
Between G Unot and G Unit
Nigga talk shit catch one in the hip
f*ck beef for the rhyme
50 forgot about his but I took mine
I showed you all 5 but he never took 9
He rap like Trina blah blah blah Ok, shut up
Let us see the wound
Show it to the world
He got shot in the mouth and cried like a girl
You sing like a girl
And I gangbang so hard it'll bring back curls
I'm tellin' your fan don't believe that shit
Tryna beef with The Game like he that sick
You movie was trash and I went to see that shit
With a camera and got it on DVD that quick
Chicken Little and Harry Potter
The bootleg hell yeah we got 'em
Two movies 15 dollars with no numbers on the bottom
Hahahahahahaha.........
Chicken Little ghetto pimp! 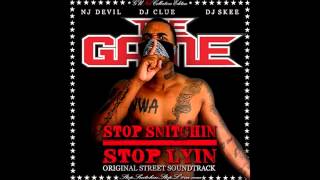 check amazon for We Are The Champions mp3 download
browse other artists under G:G2G3G4G5
Songwriter(s): ALAN COATES, KIM GOODY