Who the f*ck scared now?
Look who the f*ck there now
Had to hit him with the shotty nigga
Another dead f*cking body nigga

Gansters, it's just how we roll
Jesus Piece, and it's out of gold
Versace polo and a pound of dro
Hop in that ghost, and it's adios

Put 3 holes in his head, like a bowling ball
I'm out the gutter switching lanes in a stolen car
f*ck the feds, cause a nigga got a murder charge
f*ck it though, I made the cover of the murder dog

Dress up like the pizza man, load the desert eagle and
I don't just hit ya team, I wet the whole bleachers. Damn
Specialize in the murder game
Documentary shit, back to Hurricane

What if I told y'all I know who killed Biggie dog?
I ain't no snitch but if I did it ain't no Biggie dog
Cause that's Biggie dog All that's coming out the mouth of the nigga you used to know as being 50's dog
But I got tired of being 50's dog
Had to break my chain and cut that nigga 50 off

All these niggas claiming they OG, my young boy's will murder them
Cold shooters, that 16, and they ain't ever even hear of them
I slide through, I get a bird of them
And they drive through, and they serving them
These niggas talking that beef shit, I put bread on it, no burger bun

We walk up in this bitch like "what?"
Rollie on my wrist lights up
Told these niggas "can't do it like us"
Ciroc boy, and I do it like Puff

With 100 bottles, 100 models
No twitter, we come to follow
Straight shots and no moscato
I f*ck them hoes, don't give a f*ck bout em

Now tell me who's scared now?
Shots fired, man down
Dead bodies get found
That chopper clip spits rounds
And real niggas get murdered
Top dogs get it first
He came to me in that benz, and he left from here in a herse
Woah! 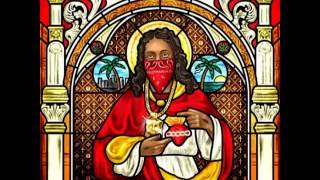