Last year, Jazze Phe got stuck up inside the grand lux,
Most recent was 50 in Angola, that’s what’s up,
Any rapper could touched, any bitch could get f*cked,
Under the California sun, impalas and big trucks,
They say Suge got knocked out, but don’t play that nigga cheap,
Cuz you’re body might wash up by the courts at Venice Beach,
Ain’t shit sweet but my Swisher, ain’t shit buzzin but my liquor,
Cali chickens got to the 80’s strip and come back a little thicker,
With more ass then Delicious, that’s my Flavor of Love,
We make it rain like Rainman, when he play with the glove,
I’m the king to you pawn niggas, punisher, spawn, niggas,
Playin in green, Paul Pierce to you Lebron niggas,
We them barbeque, front and back lawn niggas,
Summer Jam, throw your ass offstage Akon niggas,
We drink Kool Aid with the ice on your arm nigga,
Take that Champion hoody off in the California sunshine

I’m in my drop top Phantom, down Wilshire boulevard,
We can’t find Biggies’ killers so we gave Diddy a star,
And I’m by far, Hollywood boulevard,
but I’m from a boulevard that tought ya’ll to shoot out of moving cars,
Remember, New Jersey driver’s like a East Coast menace,
And Belly was like the sequel without O-Dogg in it,
Give me a New York minute,
to show you Cali got more dead bodies then the Yankees got New York pennants, Cuz we Dodgers and Impalas with the windows tinted,
I duck shots where Venus and Sarena used to play tennis,
And they never came back, like throwin a boomerang flat,
See me, I’m posted like a Cincinatti pitcher in the same hat,
It’s like a scene from a movie, when the screen fade black,
Niggas roll up on you, Now you stuck in that Harold and Cane trap,
If you slippin in Hollywood, and you get your chain snatched,
I know some niggas that know some niggas, Ill get your chain back.

Niggas already know who had the marijuana first,
We birthed haze and sour diesel, I was there when the water burst,
Hell nah we don’t surf, We half way go to church,
Tell you the truth, shiit, right now I’m in the f*ckin hearse,
And it ain’t my night to get buried in the dirt
But it is your day to get buried by a verse,
It’ll be another ten years before you see an MC Ren here,
Where he been, I been there, that Lambo, I’m in there,
Hotter then the beginning of my career with 50, Dre and Em there,
Top off the Murcialago like Victoria’s Secret swim swear,
So listen, I’m so sincere, bout to work out like gym wear,
Murder MTV’s top ten, and tat my face with 10 tears,
That’s 10 funerals, 10 caskets,
10 3-piece Ralph Lauren suits, 10 motorbikes stopping traffic,
And 10 reasons why I got California hotter than acid,
Don’t you ever, ever leave me out of the top 10 you f*ckin’ bastards
Blaow. 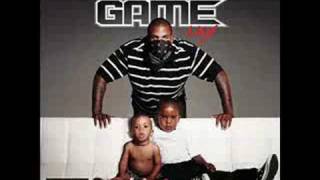