See It To Believe It Lyrics

See It To Believe It Lyrics

[Verse 1: Test]
Gotta see it to acheive it
f*ck a club, fill up arenas
Yesterday, lil mama he won't give me none
She got a,.. she wanna turn around and give me some
Versace all up in my optics
G all in my code
Plane ticket read out where the f*ck I wanna go
(Bitch I'm gone)
Turnig hard leaving large in another country
Where that bad spanish bitch? I need that honkey donkey
T... off them packs, oh yeah that's me nigga
Jump out this rap shit, thank G-O-D nigga
Cause we supposed to be locked up
For all this shit we be rocked up
I pull up they pop out, I'm thankful (turn up)
Seeing is believing (what you tell em?)
I'll tell look at his
Bentleys in the front and the rear
You know I ain't lyin (gotta see it to believe it)

[Verse 2: Future]
Rockstar, you wouldn't believe it
I woke up with 5 bitch in the evening (you gotta see it
to belive it)
I'm on the paint and lean and I'm just speedin My scarf around my neck, ellezinor Mcqueenin
Scars on my back, so many skeletons
Pockets so fat, I walk with an elephant
And nothin change bout my keys and my residence
I'm a free band President
I'm in London and France, like I'm back in the hood
They treat me like an astronaut and it's understood
I'm outta here, ain't gon never come to Earth again
Everything on me designer, I was born to win
Dark ass frames, I'm like Michael Ja
Left the trap and the Phantom
And they ain't comin back

[Verse 3: Test]
It's clear to say I got my swag from my dope boy
Been out here on my own so I already know boy
Been down and there I was, been caught up in a slump
I finna be the shit and bitch I'm bout to take a dump
I'm just bossin on bitches niggas
Skeet skeet on bad hoes
Breaking down my bad habits
Count money, trying to count more
Everytime they play my song I see my mama cry
Raised a happy Dad a son had made it thankful that I
tried
It's gotta be God, it's gotta be ya'll (niggas)
It's gotta be me, I'm thankful for (For what?)
Everything I get, huh? even if it's a little bit
I make her turn a lot, I turn and make the shot
Swoosh, (turn up) and the crowd goes crazy
He just won the game hes amazing 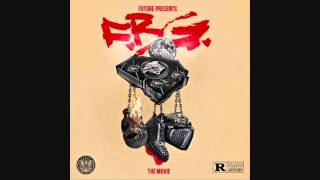 check amazon for See It To Believe It mp3 download
these lyrics are submitted by kaan
browse other artists under F:F2F3F4F5