Fuck Up Some Commas (remix) Lyrics

Fuck Up Some Commas (remix) Lyrics


[Verse 1: Future]
Smoke the first forty-eight hours
Grind twenty-two and sleep two hours
Put twenty-fours on the new Audi
White-on-white like baby powder
Drop your bitch off at Fulton County
Might count it up and then recount it
Double-cup like Tunechi, bust it down with these goonies
Give no f*cks, yeah, we don't give no f*cks, yeah
Go fill my cup, yeah, bitch, go fill my cup, yeah
You heard that the slums made me, I'm cool with the convicts
The coupe look like Akon, f*ck all that bum shit

[Verse 2: Rick Ross]
She so high, her nose bleedin', my coke clean like chlorine
Got a white girl and she barefoot in my old-school, my floors clean
Maybach that's two-tone, phone tapped, got a few phones
Headphones on my futon, gangsta on my Groupon
I don't bop, but do the money dance, nah, I call it that Robert Kraft
Your whole clique look dead broke
My young bitch said, "Roger that"
All my dogs got fox furs, teacher said I was a big dummy
Bitch better come suck my dick
These diamonds on me cost big money
Waitin' you to come just my fence
I paid the bitch off of brick money
Dade County my body count, I whack a nigga on Easter Sunday
Smoke a blunt and might eat some p*ssy
Tell the truth, my mind gone
Peter Jay cost one ticket, you could never be in my timezone

[Verse 3: Big Sean]
Boy, I came from the grind up I never threw the towel in, even in saunas
D hat on me, bitch, it's just to remind you
I knew I was riched up before I had commas
Back when I used to pull up in that Honda
Police was behind us, I was still wakeup like I'm in the Bahamas
f*ck a money counter, boy
I count this shit up faster than the Honda
Threw a party wit' Future, that's Futurama
Got a future baby mama lookin' like a young Madonna
Mixin' wit' Rihanna, boy, I couldn't tell you where to find her
But I treat her like I'm finer
Man, y'all f*cked the game up, boy, I got to reset it
I was born in '88, but I been ready since '87
No one let it, countin' up the Franklins, you got to respect it
What the f*ck these niggas want from me, nigga?
She call me cause she want some company
I'm more focused on my company
If they want me, tell 'em they gon' have and hunt for me
Boy, I'm a beast, head over fireplace, nigga
I'm a product of my environment
I'm a bring her home, yeah
I'm a empirer to my empire, big as Empire, nigga
Runnin' through the city on some Young Caesar shit
Know I made a couple flips, on some Pisa pizza shit
Yeah, just know I'm livin' single on some young Khadijah shit
And I'm checkin' for the commas on some English teacher shit
Little bitch 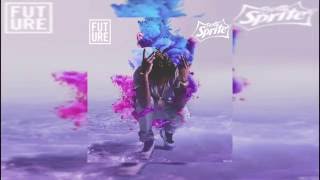