My first murder was an accident I never meant to do
I had been going for his wallet, wound up taking his
life too
I had him cornered in an alley with my gun against his
face
I said, "Hand over your money and I'll send you on your
way"
But he just had to play the hero and refused to
cooperate

The second time I killed a man, I did it for revenge
He had been flirting with my woman and I couldn't let
that stand
So when he got up to leave the bar, I followed him out
back
I pinned him in between a brick wall and my stolen
cadillac
I kept inching that car forward, 'til I felt his rib
cage crack

Now three and four were easier but I'm really not sure
why
I picked up a couple hitchhikers on route I-95
I don't claim to understand it, but I think I lost my
head
All that I remember is the way their clothes turned red
When I came back to my sense I had stabbed them both to
death

By this time I had become accustomed to the kill And I'm not proud about it but I kinda like the thrill
To feel the heartbeat in the throat, the terror in the
eyes
The sorry choking noises as they beg you for their
lives
Oh, strangulation music...that was number five

Six, I did for money, it was just another job
Seven, out of desperation I had to kill a cop
They caught up with me in Reno as I ran for the state
line
The hostages I'd taken, number eight and number nine
Now they've got me surrounded but they won't get me
alive

So I'm holed up in this motel and I'm loading up my
guns
Peering out the window, there's a thousand cops out
front
They circle me like vultures but I feel so far away
Everybody has to die. There is no escape
The only thing that changes is how long you have to
wait
I'm not gonna spend my whole life behind metal bars
So get ready, I'm coming, let's see who's the fastest
draw! 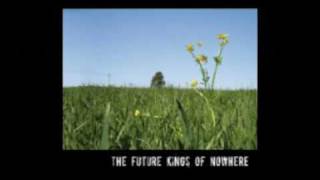 check amazon for 10 Simple Murders mp3 download
these lyrics are submitted by kaan
browse other artists under F:F2F3F4F5F6
Record Label(s): 2007 The Future Kings of Nowhere
Official lyrics by