April Fools (he Had The Change Done At The Shop) Lyrics

April Fools (he Had The Change Done At The Shop) Lyrics


He had the change done at the shop -- earlobes for cocks
April Fools
He had his balls thrown over the top, like a mop of hair
April Fools
He had his buttocks transferred to his cheeks on his face
April, April doom
Because then where would the poop come out of?
His mouth
Well, he decided he wanted a vagina down south
April Fools
Where his belly button once stood, now stood a cock
With a mouth at the end that ate the food
Oh, well, what a peculiar guest he was at summer swimming parties
What with the nipples protruding from his eyelids
And, of course, beneath his chin the penis
And on his knees the sacks, he had two put there
April Fools
And Jester Wally Jew-Boy
Navel-eyed Jack, Wiglet Bill
You've had your fill of transplants, please
You wish you could change back at will, but... Tits coming off the back side -- 69 to be exact
I thought it was pretty many, but you be the judge
April Dick
Well, he became a woman, then a man
Then a dog, then a sheep
Then a man, then a god
He had all put on his body -- "give me 75 tits
Give me 1400 balls
Give me cocks coming out of every living pore"
Oh, vaginas everywhere, a walking sex machine
Oh, wonderful at the bathing parties
April Fools
But this was no April Fools
This was for real
This was goddamn scary when he walked through the village
When he took his place next to the other boys in line
To serve his patriotic duty
Well, it's kinda rude the way people stare
He said, "I'd like all... all... the things I had put on me
Covered up with billions of pieces of hair"
Explain lyrics
Correct lyrics 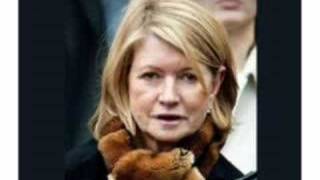 check amazon for April Fools (he Had The Change Done At The Shop) mp3 download
browse other artists under F:F2F3F4F5
Record Label(s): 1987 The Frogs
Official lyrics by