[Refrain]
We finnin' to get these motherf*ckas
Eh eh man, what's up nigga? [sirens]
You motherf*cka! [gunshots]
Take that motherf*ckas!

[Aceyalone]
I creep from out the woodworks, where they can't run
Jumpin' out a clown car, with a paint gun
95 rappers deep, and we still coming
Make you want to grab your heat, or maybe keep running
Yo baby keep it runnin' we about to regulate!
If I ain't back in five minutes, evacuate
Blow up the place 'cause I'm sho' 'gon blow the spot
I hope my mic's close, 'cause that's all I got
And my balls and my words and my many styles
That's why y'all 'bout to get served right now
I got surveillance, on you and your assailants
I smell the fragrance, of a foul MC flagrant
I come for the jabberjaws, and blabbermouths
Split 'em, tongue and cheek, turn a rapper out
Inside out show 'em, what you're made of
It ain't no love, when push comes to shove

I supersoak they sucka ass with a rainwater gun
Claim that they wanted heat, so I brought 'em some
Caught his ass in traffic, remained very calm
Hit him with a matchstick, and a cherrybomb
He ducked the first shot banked into a parking lot
He hit the curb- damn look how high that car can hop! The transmission did a bellyflop on the ground
Both of the front tires blew and he spinned around
Doors flew open and they all started splittin' up
So I pulled out the babyface and started spittin' up
I guess you thought everything was all fine and dandy
That's why I had to lay your ass on this cotton candy
All I remember was.. chaos in the shopping center
A crashed car with little Jack on the antenna
And all he seen was a clown face in the crowd
And somebody in his ear laughin' hella loud

I caught him at the carnival, on my home turf
Right up in the audience, at the Greatest Show on Earth
Loaded up the human cannon, and put the homie in
Shot his ass to his seat, to get his ass again
25 gumballs, in a tubesock
Beat him like he stole some'm, until the dude dropped
Tie him up with licorice, he's gettin' a little scratchy
Slap him up and gag his ass, with a handful of taffy
Put him on a unicycle, and send him down a hill
Put a nose and wig on him, so we can clown for real
Got a problem come to me, or go to Bozo
Krusty or my homie Homey, and that's fo' sho' though 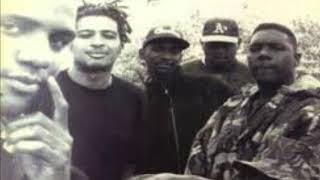