(Talking)
There's two things in the world
I ain't never seen, know what I'm sayin'?
A space ship and the bitch I need, ha, ya heard?
New shit yo, you know you tell me
when you want some half of Miss Shorty, right?
You want the bitch to give you some brains or whatever
You just say yo.. yo give me some knowledge. (haha)
Know what I'm saying? It's some new shit, word up.
Yo shorty, check it out man... Look-

I don't want to love you
I just wanna.. f*ck you
One night, one night
Just wanna f*ck you
(We don't love dem hoes!)

(Fredro Starr)
Bitch, you so fine
Like a tambourine with rocks, you just shine
Be a real bitch, let me hit it from behind
Which bed you wanna climb? No relationship
Is worth the p*ssy one time
Let em know, I don't love em, I don't hate them neither
Best way to (describe a guest is a faithful cheater)?
Ain't no rings on ya finger, is we f*ckin' or what?
Pack a overnight bag and steal your man's truck.
She told me "Guns turn me on"
She got a thing for rappers, get f*cked in the ass
Face stuck in the matress, shut up
Listen to ???, every bitch is a liar
And worth shit but a blunt and a lighter.(Get high, bitch)

(Versatile)
I treat a bitch like a hoe, cause a hoe is a bitch
You know it's other people's money
That be makin' em trick
They makin' me sick, never stop suckin' my dick
Thinkin' a nigga runnin' tricks, cause he sit in a 6
I buy 'cris just to spit on bitches
Very important, pimp, I know you hear that bitch
You see this wrist? When a scar look like this
Yo' ass get scared, a bitch would learn
Versatile don't pay for titties
Know your name, gettin' head in the range of the city Hittin' switches, while your hoe ass zip down my dickie's
Avoid them hickies, I don't love you hoes for nothin'
Smack a bitch and you think I'm frontin'
Playa you're trippin'

(Begetz)
What? Gucci? What?
Trick what? Lace who?
I ain't amazed, boo
5 years a nigga that'll f*ck you and tape you
and show it to your face, boo
Not behind your back
And let you see how you gettin' murdered from the back
If it wasn't for the flicks, would you be all on my dick?
When we f*ckin', you let a nigga call you bitch.
When you suckin', what make you swallow all of my shit?
Shoulda treated you like a prostitute, you listen to ??
But the head got better, the p*ssy got wetter
Six monthes later Begetz couldn't get her
But guess what, I keep that bitch broke in and f*cked
Let her browse through the Prada store to open her up
I bought her Aldo shoes, just to open her up
It's coconuts, the way she just coc up the nuts
You know the rules, keep em pretty
Never cash in they hands
That's what you get from a one night stand
Don't move, bitch

(Ice T over Chorus)
That's right bitch, don't move
This Ice T bitch, now you got real trouble
Know what I'm saying?
'Tile let me holla at this hoe
Yo bitch, they told me if you knew better
You choose better, you know?
You think wrong, you think wrong, bitch
Problem is, bitch, you can't swing a slow bat at a fast pitch
You f*ck a nigga like me, you might get rich
But it ain't gonna be all fun
You step outta ?? one motha f*ckin' inch
You better duck or run
I can't really get mad at you
for not recognizing this isn't
Cause if you ain't never had nothing
How you supposed to get used to something?
The true root of the problem
to most of you broke ass hoes is
you so mothaf*ckin' used to losing
You can't even figure out who you f*ckin' one
BIATCH
Explain lyrics
Correct lyrics 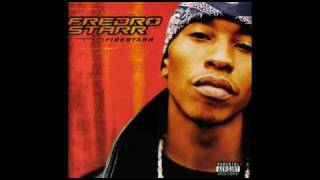