Somewhat later on, I woke up and she was gone
There was dew out on the lawn
In the sunrise
Later she came back, with a rumpled paper sack
Which she told me would contain
A surprize

She stuck her hand right in and to the bottom
Said she knew I'd be surprized she got 'em
Take a Charleston PIMP! to spot 'em Then she gave a pair of shoes to me
Plastic leather fourteen triple D

Is this something new?
Having people stomp on you?
Is it what I need to do for your pleasure?
(Pleasure is all I need)

What is this a quiz?
Don't you worry what it is.
It is merely just a moment I can treasure

By ten o'clock her arms and legs were rendered
She couldn't talk cuz' her mouth had been extendered
It looked to me as though she had been blendered
What was this abject misery?
Carolina Hard-core ecstasy 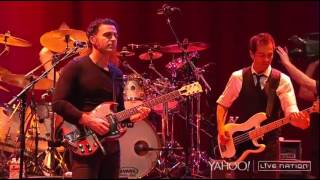