Now, one day, and I believe it was on Tuesday, a man in
checkered double-knit suit drove up in large El Dorado
Cadillac leased from Bob Spreene ( "Where the freeways
meet in Downey!" ) and he laid a huge bulging envelope
right at the corner of BILLY THE MOUNTAIN, that was
right where his foot was supposed to be. Now BILLY THE
MOUNTAIN, he couldn't believe it: All those postcards
he'd posed for, for all of those years, and finally,
now at last, his royalties! "Royalties, royalties,
royalties! The royalty check is in, honey!" ... Yes,
BILLY THE MOUNTAIN was rich! Yes, and his eyeball
caves, they widened in amazement... and his jaw, which
was a cliff, well it ... it dropped thirty feet! A
bunch of dust puffed out ... rocks and boulders hacked
up, hack! hack! ... crushing the Lincoln ...

By two o'clock, when bars had already closed down,
Billy had broken the big news to Ethel, AHHHH, and with
dust and boulders everywhere, Billy, choked with
exitement, announced: "Ethel, we're going on a
vacation!"... Yes, and they were going on a vacation,
oh, and Ethel, Ethel, Ethel, like any little woman, she
of course was very excited ... she creaked a little
bit, and some old birds flew off of her. Billy told
Ethel they were going to... yes, they where going to
New York! "Ethel, we're going to... New York! But first
they were gonna stop in Las Vegas...

They left that night, crunchin' across the Mojave
Desert, their voices echoing thru the canyons of your
minds... "Ethel, wanna get a cuppa cawfee? Howard
Johnson's, ahhh there's a Howard Johnson's! ... Wanna
eat some clams? ...

The first noteworhty piece of real estate they
destroyed was Edwards Air Force Base. And to this very
day, wing-nuts and data reduction clerks alike speak in
reverent whispers about that fateful night when Test
Stand Number One and the rocket sled itself got
LUNCHED, I said LUNCHED, by a famous mountain and his
small wooden wife ...

Within the week, Jerry Lewis had hosted a telethon ( La
La La nice lady ) to raise funds for the injured,
"injured", and homeless, "homeless" in Glendale, as
Billy had just levelled it. And a few miles right
outside of town Billy caused a 'Oh mine/my(?) papa' in
the earth's crust, right over the secret underground
dumps, right near the Jack In The Box on Glenoaks where
they keep the pools of old poison gas and obsolete
germs bombs, just as a freak tornado cruised through
... Yes, it was about three o'clock in the afternoon
when little Howard Kaplan was sitting on his porch (
"Toto...!") just playing ( "Come here, Toto ...!") and
having a nice time with his little accordion,
("Toto...!") and this weird wind came up, direct from
Glendale, blowing those terrible germs in his direction
... and all this caused by huge mountain ("Aunty Em")
somewhere over the rainbow, blue birds fly, sucking up
two-thirds of it ( suck, suck, suck) for an ultimetly
dispersal over vast stretches of ... WATTS!!!

Now, unless I misunderstood, it was right outside of
Columbus, Ohio when Billy received his notice to report
for his induction physical. Now lemme tell ya, Ethel
said, now Ethel, Ethel said she wasn't gonna let him go
... "I'm not gonna let you go, Billy" ... that's right,
we now have confirmed reports from an informed Orange
County minister that Ethel is still an active communist
and it is this reporter's opinion that she also
practices covent WITCH-CRAFT ...

It was about this time that the telephone rang inside
of the secret briefcase belonging to one mortal man who
might be able to stop all of this senseless destruction
and save America herself. And I'm sorry to disappoint
some of you, it was not Chief Redden. This one man was
Studebacher Hoch, fantastic new super hero of the
current economic slump. Now, some folks say he looked
like Zubin Mehta (Zubin Mehta); still others say
"Bullshit, honey, it was just another greasy guy who
happened to be born next to the frozen beef pies at
Boney's Market..."; still others say "Pshaw/Shaun(?),
and piss on you, Jack, he's just a crazy Iatlian who
drove a red car ..." You see, nobody ever really knew
for sure because Studebacher was sooooo mysterious ....

Time passed. January, February, March, July, Wednesdey,
August, Irwindale, two-thirty in the afternoon, Sunday,
Monday, Funny Cars, Walnuts, City of Industry, Big John
Masamanian ... So when the phone ring in the secret
briefcase, a strong masculine hand with a Dudley Do-
Right wristwatch and flexy braclet grabbed it and
answered in a deep, calmly assured voice: "So... ah...
yeah, yeah hello already ... what? ... well, yeah? ...
Ah-are you kidding? ... You're not kidding ... a
mountain ... with a tree growing off of its shoulder?
Aw, you're fulla shit, man... ah listen, by the way,
before you go on; did you get those white albums I sent
ya with the pencil on the front, yeah? Yeah, you should
move some of those for me ... We're having a lot
of,...listen, so kiss little Jakee on the head... and
how's your wife's hemorrhoids?...ah, that's too
bad...Listen...so you've got a mountain, with a tree,
listen, causing...well, let me write this down... sorta
take a few notes here...yeah? ...to El Segundo,
huh?...causing

SOME MEN SAY HE COULD DANCE
They said he could dance
And of course they were right ...

Boldly springing into action he phoned his wife who ran
a modeling school, whereupon he... yes, he ran around
the back of the Broadway at Hollywood Boulevard and
Vine to see if he could find himself some big, large,
unused cardboard boxes ( no shit! )... after which he
hit up the Ralph's on Sunset for some Aunt Jemima
syrup, some Kaiser boiler foil and pair of blunt
sissors, yeah! ... yes, and in the parking lot of
Ralph's ... where no prices are lower prices than
Ralph's... in the parking lot of Ralph's, in between a
pair of customized trucks where nobody was looking, he
cut out some really, really, really nice wings and he
covered them thoroughly with foil ...

Then he took those wings and wedged one under each of
his powerful arms and sneaked into a telephone booth
..YES,YES!! And then he shut the f*cking door! ... And
he pulled down his blue denim policeman-type trouser
pants, and he spread even amounts of Aunt Jemima maple
syrup all over the inside of his legs! ... Soon the
booth was filling with flies ( help me! help me! help
me! ) ... He held open the legs of his boxer shorts so
they could all get in, and when each and every one of
those little cocksucking flies had gone into his pants
and they were lapping up all that maple syrup, he bent
over and he put his head between his legs and he said
in a very clear, impressive, Ron-Hubbard-type voice:
"New York"... And the booth and everything lifted up,
out of parking lot, and into the sky.

And speaking of mountains - - we'll join Studebacher
Hoch on the edge of BILLY THE MOUNTAIN's mouth .. take
it away! ...

"Ya, well listen ... listen you communist sonofabitch
... you better get your ass down there for your f*ckin'
physical or I'll see to it that you get used for fill
dirt in some impending New Jersey marsh reclamation ...
And your girlfiend there will wind up disguised as
series of brooms, primative ironing boards or a dog
house ... get the ( cough, cough) get the picture?"

Unfortunately, because Studebacher Hoch was standing on
the edge of BILLY THE MOUNTAIN's mouth when the giant
mountain laughed ... Studebacher Hoch lost his footing
and fell screaming, two hundred feet into the rubble
below ... ( "Aaahhhhh, oh f*ck, I'm gonna need a truss
...") 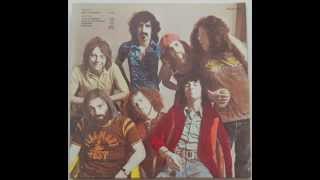