From the heart of the Southern Downs, to the North-East London reservoirs,
From the start, the land scaped my sound, before I'd ever been to America.

And if I knew anybody who played pedal steel guitar,
I'd get them in my band and then my band would get real far,
But I was raised in middle England, and not in Nashville Tennessee,
And the only person in my band is me.

A simple scale on an old guitar, and a punk rock sense of honesty.
I cannot fail, I've got this far with no knowledge of mid-west geography.

And if I knew anywhere where I could drive in a straight line
For hours in the desert, I'd drive for hours at a time.
But I was raised in middle England, not in Nashville Tennessee, And the only person in this car is me.

Well I've been to Texas state, I didn't think it was that f*cking great,
And Nebraska is just a bunch of songs,
Holloway and Hampshire where I belong.
And I don't know anybody who plays pedal steel guitar,
All the city roads are twisted and I do not own a car.
I was raised in middle England, not in Nashville Tennessee,
And the only thing I'm offering is me. 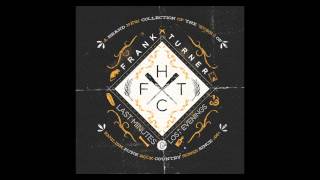